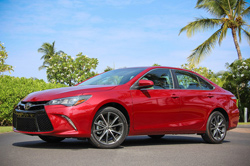 We drive the 2015 Toyota Camry

"Same as it ever was." That pretty much sums up the 2015 Toyota Camry. It doesn't stray from the formula that has made it so incredibly successful, but this updated model has enough on tap to make it a very competitive, fresh offering in the highly competitive midsize sedan class. Read our full impressions in our First Drive, here. 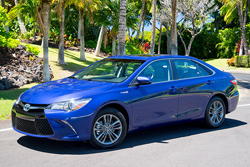 Oh, and don't forget about the gasoline-electric version of the Camry. While we were attending the midsizer's launch, we also got some time behind the wheel of the Camry Hybrid which, like its gas-only counterpart, is pretty much the same as it was before, albeit with a few thoughtful updates. Michael Harley tells all in our Quick Spin. 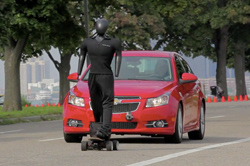 Translogic: V2X at ITS World Congress

We're still working on vehicle-to-vehicle (V2V) connectivity, but already, automakers are looking ahead at the next step, known as V2X – or, simply, vehicle-to-whatever. During the ITS World Congress in Detroit, Translogic got a chance to see how cars of the future will communicate with not only each other, but the world around them. Check it out, here.