View All Specs
Toyota offers many flavors of its refreshed 2015 Camry, but those who choose to lower their operating cost-per-mile, squeeze 500-plus miles out of each tank of fuel or run a very efficient and reliable sedan in their taxi fleets will only be interested in one: the Camry Hybrid.

The exterior of the 2015 Camry Hybrid is nearly indistinguishable from its gasoline-only counterparts, with the same all-new sheetmetal and bumpers. The Hybrid is offered in LE, SE and XLE trims, meaning customers are offered base, sport or luxury configurations, respectively.

While Toyota expended quite a bit of effort resculpting and improving the 2015 Camry Hybrid, one area it didn't touch was the powertrain – it is virtually identical to last year's model (just like the gas version). Under the hood is a 2.5-liter Atkinson cycle four-cylinder gasoline engine (156 horsepower and 156 pound-feet of torque) and an electric tractive motor (141 horsepower and 199 pound-feet of torque). Combined, and running through Toyota's unique Hybrid Synergy Drive electronic continuously variable transmission, the two produce 200 horsepower (Toyota does not list a combined torque figure, and we've asked for clarification). A 1.6 kilowatt-hour nickel-metal-hydride battery, packaged behind the rear seats, provides energy storage.

The test car featured here is the Camry Hybrid SE in Blue Crush Metallic, with the optional moonroof, wireless charging and Entune premium audio with navigation and app suite. 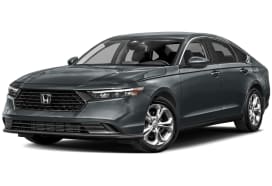 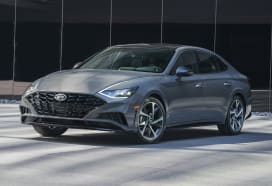