Chrysler minivans under investigation for stalling after fuel refill

Jeremy Korzeniewski
According to the National Highway Traffic Safety Administration, at least one man has reported that his 2007 Dodge Grand Caravan stalled unexpectedly on the highway shortly after being refueled. The unidentified man who contacted NHTSA regarding the issue cited as many as eight similar instances reported by other drivers.

NHTSA has announced that it will launch an inquiry into this issue, which could affect as many as 160,000 minivans from Dodge and Chrysler that were sold in 2007 (or more, if a problem is found that extends to additional models years, we'd assume). As of yet, there's no formal investigation, let alone a recall, on these vans, as the agency is merely determining if further action is needed.

Two months ago, Chrysler recalled nearly 700,000 vehicles, the majority of which were minivans, from the 2008-2010 model years to replace ignition switches after an investigation found that their weak springs and detent positions could fool a driver into thinking the car was in the "Run" position, when it's actually in the "Accessory" position.

No injuries have been reported related to this potential engine-stalling problem, and Chrysler has said it will work with investigators, should such action be required, according to The Detroit News. Feel free to read the official inquiry announcement down below.
Show full PR text
INVESTIGATION Subject : Engine Stall After Refueling

SUMMARY:
The Office of Defects Investigation (ODI) has received a petition (ODI No. 10607913) requesting a defect investigation of an alleged defect condition resulting in engine stall after refueling in certain Chrysler minivans. The petitioner alleges a defect in the fuel system of model year (MY) 2007 Dodge Grand Caravans causes the vehicle to stall, without warning, after refueling and that repair requires fuel tank replacement. A defect petition has been opened to assess the scope, frequency and safety consequences of the alleged defect in the subject vehicles and any similarly equipped Chrysler minivans. The following eight ODI numbers were included in the Defect Petition: 10607913, 10562878, 10556902, 10548540, 10460791, 10427063, 10378031, 10587559 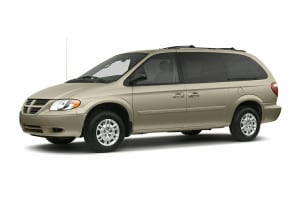