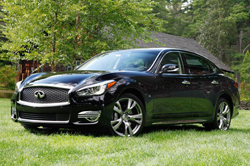 Is bigger really better? That's the question we're asking in our review of the long-wheelbase Infiniti Q70L. The luxury brand's 5 Series-fighter gains some rear spaciousness among other tweaks for the 2015 model year, and we see if this added capaciousness adds to the sedan's appeal. Read all about it in our quick spin. 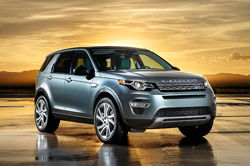 The Land Rover LR2 is dead! Long live the Land Rover LR2! With its new Discovery Sport, Land Rover finally has a truly competitive offering in the midsize luxury crossover set, ready to battle stalwarts like the BMW X3 and Audi Q5. We've got the full smattering of details about the new compact LR. Check it all out, here. 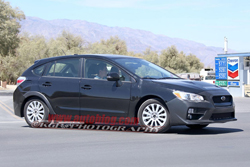 Despite the on-again, off-again rumors, it looks like Subaru might be building a five-door version of its new WRX after all. Our trusty spy photographers caught this 'Rex-ified mule testing, leading us to believe there will be even more to love about our favorite little Subie in the not-too-distant future.