Elderly And Foreign Visitors Especially Targeted, According To Lawsuit

Pete Bigelow
In retrospect, Eileen McMonigal believes she looked like the perfect target for a scam. She had recently fractured an ankle, so when her flight arrived in Tampa, Florida, she needed a wheelchair to get around the airport. A young escort helped collect her belongings, which included carryon luggage and a puppy in a travel carrier.


"The psychology of the system is to drive customers through the process without any analysis." - John Mattes.

By the time she made through the lengthy line at the Dollar Rent A Car counter, her escort was itching to complete his duties and she was tired from her trip. A six-day vacation lay ahead, and more than anything, just wanted to get her rental car and be on her way.

And that's the precise point in the transaction where McMonigal and hundreds of other Dollar Rent A Car customers say the company duped them into signing for insurance coverage they explicitly said they did not want.

"I certainly looked like someone you could take advantage of, sitting in a wheelchair, my lap is burdened with several things, an anxious guy behind me, and I have white hair," she said. "The guy at the counter was mumbling, and there was a sense of 'let's get moving.' I stuck the envelope in the car and drove off."

It'd be easy for skeptics to dismiss McMongial, a suburban PIttsburgh resident, as a befuddled elderly driver who didn't understand the written agreement. But hundreds of complaints filed in lawsuits and with consumer organizations detail remarkably similar complaints regarding experiences with Dollar Rent A Car.

Consumers say the company takes advantage of them at the most vulnerable times – when they've waited in a long line at an airport – and charge them hundreds, and in some cases, thousands, of dollars.

While the scope of alleged victims stretches across all ages and demographics, elderly drivers, foreign visitors and parents who are easily distracted by young children at the counter account for disproportionate numbers of the complaints. Customers who have longer rental periods are also more susceptible to being targeted, said John Mattes, an attorney representing plaintiffs in two class-action lawsuits against Dollar Thrifty Automotive Group.


It's often not until the customers return to the airport they realize they're on the hook for unexpected charges that often amount to hundreds or thousands of dollars.

"The first reaction customers have to this is they feel somehow they were hoodwinked and tricked, and then they are embarrassed and humiliated," Mattes said. "But they shouldn't be, because this is a scheme that has worked very well to make Dollar millions of dollars. The psychology of the system is to drive customers through the process without any analysis."

Here's how they say the process works: Once customers reach the counter, agents sign them up for add-ons like collision-damage waiver, loss-damage waivers roadside-assistance programs they specifically say they don't want. In many cases, the customers have already checked with their own car-insurance companies to confirm rentals are covered by their own policies or they've already purchased insurance through services like Priceline.com or Hotwire.com.

There's often confusion over whether a customer wants to waive coverage or wants the waiver. Contracts can review and sign the contract on an electronic signature pad like the ones commonly seen at grocery stores, where the type may be small and difficult to read. Once it's signed, agents print the contract, immediately fold it closed, stuff it in an envelope, and as they hand it to the renter, they call the next customer to the counter.

It's often not until the customers return to the airport they realize they're on the hook for unexpected charges that often amount to hundreds or thousands of dollars. And again, they're in a vulnerable position – in a rush to catch their return flight.

"When you get back and say, 'Wait, this isn't right, they say that if you have any problem, you have to go to the office," said McMonigal, whose unwanted add-ons cost $202.93 on top of the basic rental charges. "So I went in there, and the young girl says, 'This happens all the time, especially when travel agents make the reservation.' But that doesn't make sense, because I said no to the additional insurance." 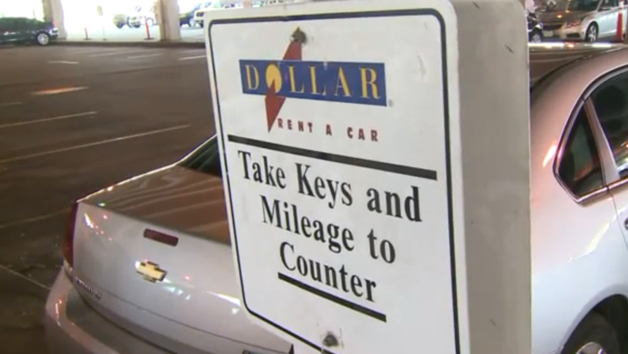 Complaints Come From Across Nation

She's not alone. The Florida Attorney General's Office says it is investigating Dollar's business practices after receiving a high number of complaints, particularly from travelers using the Tampa and Orlando airports. A spokesperson from the agency would not provide details of the investigation to Autoblog, and would only say that it is ongoing.

Mattes said travelers flying into the Denver International Airport have also logged a high number of complaints. But it's not isolated to those three airports: A lawsuit filed in Colorado's US District Courts alleges travelers at 44 different US airports have been scammed. Affected airports include big cities like Los Angeles, New York and Tampa to smaller ones in Spokane, Tucson and Little Rock.


"I know better than anyone that to purchase your insurance would have been a waste of money and totally unnecessary." - Michael Nellis

Last month, a woman flew from China to watch her son graduate from the University of Iowa. She made her reservation on Priceline.com and prepaid for insurance there. Despite a language barrier, Caixia Lai tells an Iowa television station her intent was clear that she did not want extra insurance when asked at the Des Moines airport rental location. Her total price was supposed to be $1,177.30. But Dollar charged her more than $3,528 overall, maxing out her credit card. If not for an undercover investigation conducted by WHOT-TV, she doubts she would have received a refund and worries she would have been stranded in the United States.

On May 9, 2014, Salvador Duenas picked up a car in Los Angeles for a 10-day rental. He had made the arrangements via a travel agent in Mexico who already included charges for the insurance. "The counter agent did not explain what he was doing," Duenas wrote in his complaint. "I give him the reservation I had, but it looks like a new one. He asked me to sign on the electronic tablet, and that's it."

Michael Nellis, one of the two named plaintiffs in the Colorado class-action, says he declined all insurance and prepaid gas offers at the airport in Fort Myers, Florida, letting the clerk know the full coverage on his own policy covered rental cars. "The print was small and the room was darkened," he wrote. "I trusted her to charge me as I was instructed. ... I believe I was scammed and cheated intentionally."

He was charged $482.51 when he believed the charges would be $223.29. Nellis writes that he knows better than most how the system should work, because he's a retired insurance adjuster and used to handle claims for Enterprise Rent-A-Car. "I know better than anyone that to purchase your insurance would have been a waste of money and totally unnecessary," he wrote.

Jamal Powell, a former Dollar employee, told San Diego's ABC-10 last year such practices are enticing for employees, because they receive commission for selling add-on services. "It's a really big deal," he said, "because as a rental agent, 95 percent of that money that you make is from the commission."

In a written statement, Anna Bootenhoff, a spokesperson for Dollar Thrifty Automotive Group, tells Autoblog that, "Dollar prides itself on complying with all laws. We deny allegations that the company sells customers products they don't want, and we intend to defend the cases referenced vigorously." 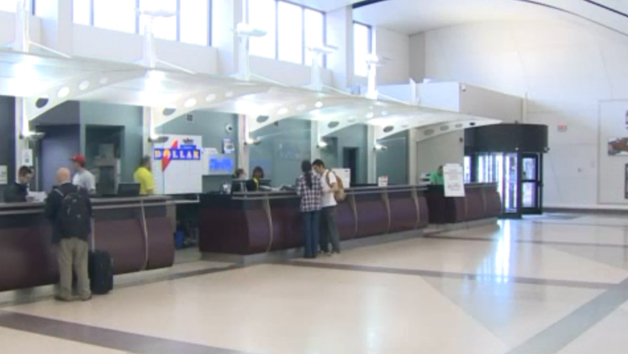 What angers Mattes and customers who say they were defrauded is what they see as the brazen actions of the company. The complaints have been ongoing for roughly four years – and they're not much of a secret. The New York Times examined the allegations in an article published on April 5, 2013, and Autoblog sister site AOL Autos followed on April 8, 2013.

Auto Rental News, a trade publication that writes about the rental-car business, detailed the California class-action lawsuit against Dollar in a November article that discussed the best practices of the industry in using electronic signature pads. It noted the judge in the California class-action suit allowed the case to proceed, writing in his opinion that Dollar's "conduct is more than mere endemic dishonesty."


"I certainly looked like someone you could take advantage of, sitting in a wheelchair, my lap is burdened with several things, an anxious guy behind me, and I have white hair." - Eileen McMonigal.

Despite the attention, the complaints continue to arrive. The Better Business Bureau says it has closed 852 complaints regarding Dollar over the past three years, including 357 in the past 12 months. On ConsumerAffairs.com, the latest complaint arrived Thursday morning from a woman who rented a car in Louisville, Kentucky.

"I am in my 60s and this is NOT by any stretch my first car rental," she wrote. I traveled for the company I worked for (Procter and Gamble) for over 25 years ... this is the FIRST time I have ever had a problem.

"When the paperwork was ready BEFORE I signed it, I said again, "Now, I do not need nor want the insurance. She said, "I know, all you need to do is sign.'" When she returned the car, she had an additional charge for $194 in unwanted insurance.

Mattes says there's a simple solution that would eliminate ambiguity in the rental process. At the end of the checkout process, the agent could tell a customer the expected total payment at the end of the rental period. Asked if such a process could be implemented, or if Dollar had considered adopting a similar approach across its channels, a Dollar spokesperson did not respond.
X