Autoblog Staff
These are the coolest cop cars on the planet 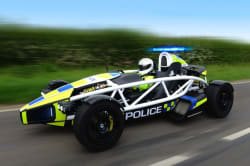 Getting pulled over by the police is the worst. But getting pulled over by an boring old standard police cruiser is going to seem like adding insult to injury after reading this list of radical cop cars. Where outright speed and off-road prowess might put a Crown Vic out of the chase, this group of cars is just hitting its stride. 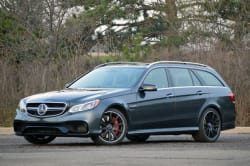 Seating for five, room for that MALM series bedroom set in the extensive cargo area and the ability to go from red light to 60 miles per hour in under four seconds. You know, you don't want the ice cream to melt. The AMG-tuned version of the E-Class wagon can seemingly do it all, but can all-wheel drive and nearly 600 hp really translate to this family hauler? 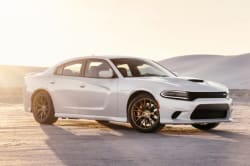 We're still wrapping our head's around the fact that the fastest and most powerful sedan in the world now comes from Dodge. With over 700 hp and a top speed of 204 mph, the competitive set for the new sedan becomes tricky to figure, mostly because anything that comes remotely close is bound to cost about three times as much. We stack the new 'Cat against some of the most exotic metal in the world, to see where it ranks.