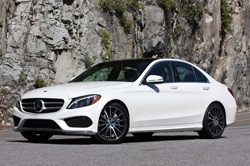 Associate Editor Jonathon Ramsey first tested the 2015 Mercedes-Benz C-Class over in Europe, but now, Senior Editor Steven Ewing was able to drive the US-spec car at home on American soil. The Baby Benz is better than ever, and Ewing says it might be one of Merc's best products to date. Read all about it, here. 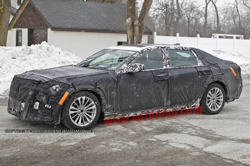 It looks like Cadillac's long-awaited flagship is finally ready to make its debut – well, next year, anyway. We've learned that Cadillac will unveil its new rear-wheel-drive sedan, expected to be named LTS, at the 2015 New York Auto Show in April. It's expected to take design cues from the slick Elmiraj concept, so expect good things when the new range-topping Caddy shows its face. 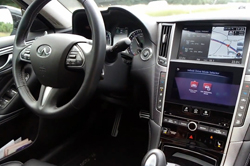 We cannot stress this enough: do not try this at home. A couple of folks over in Germany decided to truly test the limits of the Infiniti Q50's Active Lane Control system, not just by taking their hands off the wheel, but by climbing out of the driver's seat. Oh, and did we mention this all happened on the Autobahn? See this insane stunt for yourself in the video, here.