Hydrogen Is The Fuel Of The Future, And Always Will Be!

Charlie Paglee
Last year Elon Musk came straight out and said fuel cells are so bullsh*t. A couple months ago Slashdot ran an article asking where the future of automobiles was going: Fuel Cell or Battery Electric Vehicles. Mercedes, BMW, Mitsubishi, Renault / Nissan and of course Tesla are fully invested in battery powered electric vehicles, and yet somehow hydrogen fuel cells continue to be brought up as a viable alternative.

Fuel cells, like gasoline hybrid power-trains, are at best a stop-gap measure in the electrification of the automobile industry. The best case mass, volume and cost projections for fuel cells do not match the current state of the art li-ion batteries. As batteries become cheaper with higher power densities, faster charge times and more charging cycles, any business case for fuel cells will completely disappear.


Petroleum-powered automobiles in 2014 are a lot like the typewriters of 1984.

In the automobile industry, fuel cells serve two purposes: a solution that is equivalent to (and more expensive than) the internal combustion engine and an excuse to explain away continued lack of progress in electric vehicle development. Fuel cells amount to nothing more than a publicity campaign for automobile manufacturers to delay battery powered electric vehicles and promote the status quo.

Just as the USA automobile industry underestimated the market potential for small cars in the 1970's and 1980's, auto manufacturers clinging to dream of fuel cells underestimate the appeal of battery powered electric vehicles. The fuel cell offers a perfect distraction: a way to divert attention away from battery powered electric vehicles by promising a better solution "in the future" while focusing today on the business model auto manufacturers understand best: petroleum powered automobiles. 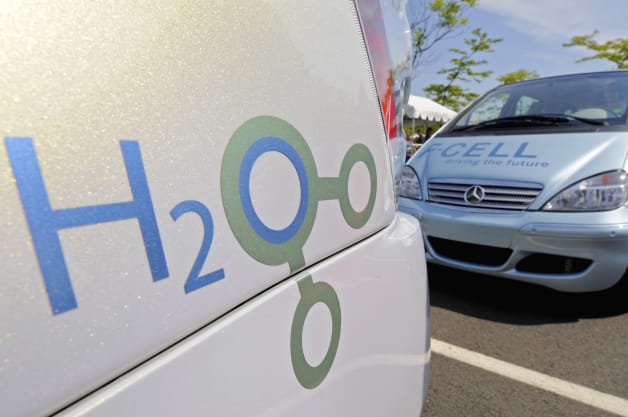 Plugging in becomes an afterthought, but you save an hour or two each month.

One attractive thing about driving a battery powered electric car is that you avoid wasting 10-15 minutes a week driving to the gas station to fill up at a fuel pump. In your daily routine, you just drive to the places you want to go and plug in your car when you arrive home. Plugging in becomes an afterthought and takes only a few seconds, but the result is that you save an hour or two each month. Fuel cell vehicles waste even more time filling-up because commercial hydrogen fueling stations are very scarce. There are only 12 in the US.

Delivery of electricity is much more efficient than hydrogen. The electricity grid already exists. Hydrogen is an incredibly difficult gas to transport because the hydrogen molecule is so small. Hydrogen suffers from handling issues because hydrogen embrittles metals and is highly explosive. And forget about getting hydrogen from the electrolysis of water: industrial hydrogen from electrolysis costs $67/million BTU compared with $11.5/million BTU for hydrogen from natural gas. Today 95% percent of hydrogen production comes from steam reformation of natural gas, so even with hydrogen fuel cells, our dependency on fossil fuels will continue.

The success of Tesla's business model when copied by other major automobile manufacturers will dramatically reduce the market for petroleum, reducing demand and lowering fuel prices, making many oil wells, oil tankers, tanker trucks, pipe lines, refineries and fuel stations obsolete. Gone with them are the environmental hazards and pollution they create. A Tesla Supercharging station costs about $200,000 and requires a one-time installation of a maintenance-free charging facility which is powered by the electric grid (or solar power). Hydrogen fueling stations can cost from $500,000 to $5 million per location. The costs associated with building a distribution network for hydrogen make it impossible for fuel cells to compete with electricity.

When electric vehicle charge at night they increase the efficiency of the electric grid. Today, the electric grid in the US runs close to full capacity from 8 in the morning to midnight. From midnight until 8 am, though, power stations have excess capacity but they can't just shut down. Power stations must remain online and all that additional electric capacity is often wasted. Storing 'wasted' capacity in batteries at night and using it to drive during the day will dramatically improve the efficiency of the electric grid without a significant increase in cost. Petroleum, hydrogen and ethanol have no way of competing with 'almost free.' 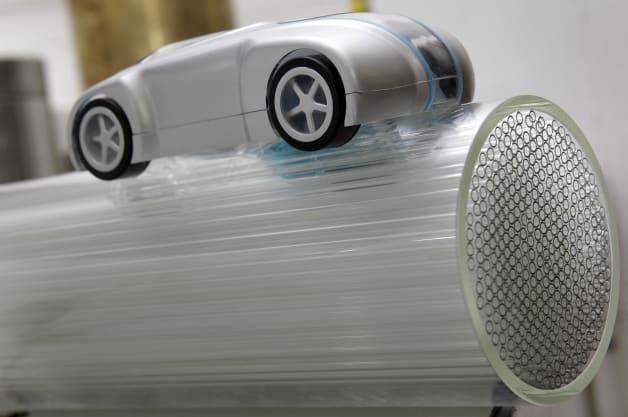 The costs associated with building a distribution network for hydrogen make it impossible for fuel cells to compete with electricity.

Battery improvements from the EV1's lead-acid batteries to Tesla's lithium-ion technology have been dramatic. Tesla's Gigafactory will propel development in the battery industry to reduce battery material cost, increase power density, reduce weight and increase the number of battery cycles. The eventual outcome will be batteries with large storage capacity that weigh only a few hundred pounds, take up roughly the volume of an engine and gas tank, cost a fraction of what they cost today and have a very long lifespan. When this reality is reached - and it will - fuel cells will be irrelevant.

The expense of fuel cells, the dearth of hydrogen filling stations and readily available petroleum will ensure the dominance of internal combustion engine hybrid drive trains as the preferred stop-gap solution until the wholesale adoption of pure battery powered electric automobiles. Some automobile manufacturers remain focused on hybrids which trade expensive battery packs for an internal combustion engine with 'unlimited' range. One snapshot on how this is working: Chevrolet Volt sales are down 8.7 percent year-to-date while Nissan Leaf sales are up 34 percent.

Petroleum-powered automobiles in 2014 are a lot like the typewriters of 1984. Tesla has proven that stop-gap measures are no longer required and that pure-electric automobiles can succeed just as the Apple Macintosh proved in 1984 that computers would one day replace all typewriters. Household name typewriter manufacturers like Royal, Underwood, Remington and Olivetti are gone. IBM is the single exception and is a completely different company today than it was 30 years ago. It will be interesting to watch how the automobile industry changes and reinvents itself during the years ahead.


Charlie Paglee is the CEO of Brannan Auto, an American automotive component engineering and manufacturing company focused on China, specifically on the electric vehicle industry. Mr. Paglee has more than two decades of business experience in China and speaks fluent Chinese Mandarin. Mr. Paglee is an electrical engineer who started working with electric vehicles in 1991. Mr. Paglee was the Vice President of China for Fisker Automotive and before that he was Employee Number 5 at Aptera Motors.