New cars under recall must be repaired before a dealer can sell them but used cars are under no such mandate.

When it comes to informing the car-buying public about potential safety hazards on used vehicles, there are two emerging schools of thought among used-car dealers.

In one camp: those who disclose as little as possible. Used-car giant CarMax leaves it to customers to check to see whether a car is under recall. Consumer groups filed a petition with the Federal Trade Commission last month, because they believe the lack of information amounts to deceptive advertising.

In the other: Honda, which has gone in the opposite direction. The company recently started disclosing possible recalls related to airbag malfunctions in certain vehicles. Honda is asking customers buying those used cars to sign a document that acknowledges they've been made aware of the issue. Buyers may be better informed, but such a signature could also shift liability away from the automaker.

It's a vexing issue on several fronts.

New cars under recall must be repaired before a dealer can sell them, under rules imposed by the National Highway Traffic Safety Administration. But used-car sellers are under no such mandate. Honda's disclosure helps consumers understand their new purchase may contain a potentially lethal defect, but some are worried that it could frighten customers away or expose dealerships to greater liability. 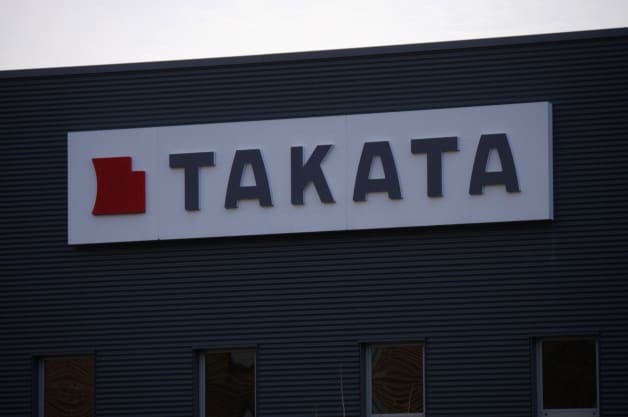 "They're taking advantage of the fact the consumer doesn't expect a Honda dealer to hook them into such a risky car."

"If a dealer called me and said, 'We're talking about something that is under recall but we can't repair it and it's dangerous to the point we'd have to warn them about death,' I'd say, 'you've got to do everything you legally can to make sure a consumer does not get behind that wheel.'"

Consumer advocates don't like the disclosure either. They say it's designed to limit the company's liability from lawsuits related to the defect, which can cause the airbags to explode instead of normally deploying in an accident, showering occupants with a potentially deadly amount of metal shrapnel and debris. They want Honda – and other automakers affected by the same problem – to stop selling them until repairs are completed.

"I think this form of disclosure is probably worse than nothing," said Rosemary Shahan, president of Consumers for Auto Reliability and Safety. "They're taking advantage of the fact the consumer doesn't expect a Honda dealer to hook them into such a risky car. ... The reality is that it will be in a stack of papers that a customer is signing hours into the buying process."


Even once the recall comes, it may not encompass all the affected cars.

Part of the complication is the affected used Honda cars aren't under recall – yet. Honda expects some of them will be soon. The company is currently compiling a list of Vehicle Identification Numbers for affected cars, and a recall will occur "within the next couple of weeks," Honda spokesperson Chris Martin tells Autoblog.

Even once the recall comes, it may not encompass all the affected cars. The defect behind the exploding airbags is one that automakers have struggled with fully identifying for more than a decade. Starting in 2001, several automakers have issued more than 20 separate recalls for millions of these airbags, which are manufactured by global supplier Takata. Exploding airbags are responsible for at least two deaths in the US, and scores of injuries.

Last month, BMW, Chrysler, Ford, Honda, Mazda, Nissan and Toyota issued eight recalls for 2.1 million vehicles that had Takata airbags installed. The automakers didn't recall vehicles from across the country; they were regional in nature.

High humidity is thought to contribute to the problem, so automakers only recalled vehicles either originally sold or currently registered in Florida, the US Virgin Islands, Puerto Rico and Hawaii. Honda went beyond that scope and added Alabama, Georgia, Louisiana, Mississippi, South Carolina and Texas.


The cars are some of Honda's best sellers, and if used-car buyers balk, the document could hurt sales.

In its ongoing review of Vehicle Identification Numbers, Honda is matching the ID tags to cars that may have eventually been sold outside those states. In the meantime, it is asking dealers to have customers sign the disclosure.

Cars affected span a decade. In certain model years, they include the Honda Accord, Civic, Element, Odyssey, Pilot and Ridgeline pickup. Acura models affected include the MDX, TL, CL and RL. The cars represent some of Honda's best-selling cars, and if used-car buyers balk, the document could hurt sales.

"It certainly might, but we're not interested in trying to cover any of this up for a customer," Martin said. "It's not in our best interest to have a customer buy this car and then take it later as a surprise. ... We're making sure customers are fully aware of the situation, and bring it in for repairs when parts are available."