Every automaker has its own way of revealing its new models. Some just pull the veil off the thing when it's ready, while others release hints and teasers leading up to the full reveal. Jaguar Land Rover seems to be taking a different approach, purposely releasing images of its new products wearing camouflaging body wraps before taking those wraps off at long last. That's the tactic it seems to be taking with the new XE sports sedan, as it is with the Range Rover Sport SVR, and now it's following a similar path with the upcoming new Discovery Sport.

Land Rover has confirmed that the Discovery Sport will – like the LR4, Discovery Vision and Range Rover Sport – offer a third row of seats for seven-passenger capacity, as revealed by the "peeled-back" camo. The Discovery Sport will be manufactured at the Halewood plant where the Freelander and Evoque are made. Scroll down below for official details from the automaker.
Show full PR text
LAND ROVER REVEALS THIRD ROW SEATING FOR DISCOVERY SPORT

(WHITLEY, U.K.) - July 29, 2014 - Land Rover has dropped the biggest hint yet towards the design of Discovery Sport, with a new camouflage wrap that gives a peek into the interior packaging, highlighted by the future compact SUV's 5+2 available seating.

As if 'peeling back' the outer layer of the vehicle, the camouflage reveals that the Discovery Sport will in fact have the option of two seats in the third row, enhancing its versatility and appeal as a compact, family SUV.

Prototype cars sporting the new camouflage design left Halewood, UK, where the Discovery Sport will be manufactured, to embark on final testing and development activity across several continents.

Discovery Sport will go on sale alongside the existing Discovery in 2015. 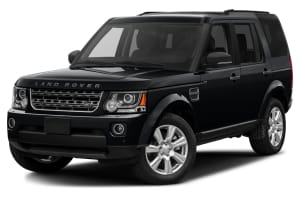