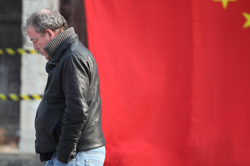 The boys at Top Gear UK have a habit of making some big mistakes that offend large groups of people. The show's presenters – mainly, Jeremy Clarkson – have been under fire due to supposedly mumbled racial slurs, staged scenes, generally inappropriate commentary on social media platforms, and more. Here, we list ten of the hosts' biggest blunders. 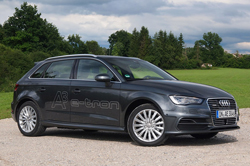 Despite already taking a quick spin in Audi's electrified A3 Sportback, we never really got a proper feel for the car – until now. AutoblogGreen editor Sebastian Blanco spent some time with the A3 E-Tron over in Europe, dissecting all there is to know about Audi's (supposedly) no-compromise plug-in hybrid vehicle. Read his discussions about what's good and what's bad in our followup review. 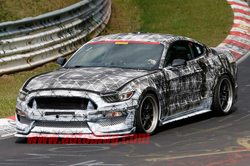 We're chomping at the bit to get some time behind the wheel of the all-new 2015 Ford Mustang. But to pique our interest even further, our spy photographers have just caught the hotter, SVT-tuned 'Stang running around Germany's Nürburgring with much of its camouflage removed. Check out the next, super-hot Mustang in our latest gallery of spy shots, here.