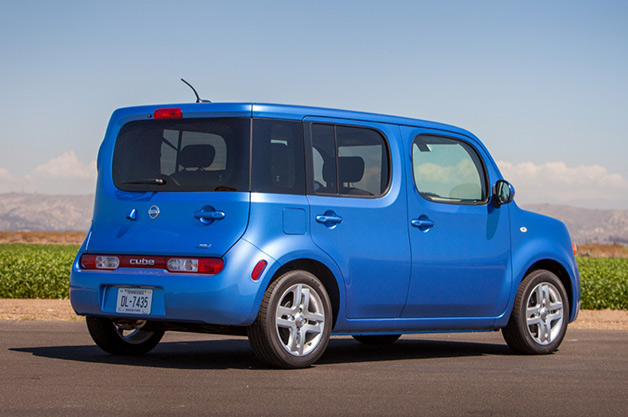 Another class cut-up has graduated from our motor pool. The Nissan Cube's indefatigable weirdness was likely both its chief selling point and its Achilles Heel, but Autoblog sources say that after a six-year run in the US, the niche player has been scrubbed from the Japanese automaker's lineup.

The move is hardly unexpected – there was confirmation from Nissan Canada that it was pulling the plug on the asymmetric little front-driver in its market back in May, and sales have not exactly been sparkling here in the States, either. In June, Nissan shifted just 336 Cubes, down 23.8 percent year over year. So far this year, Nissan has sold 2,294 units, a sales pace off 30.9 percent versus 2013. At its peak in 2010, the Cube remained firmly a niche vehicle, selling 22,968 units.

Nissan North America's Dan Passe, senior manager of product communications, maintains that "We are continuing to sell the 2014 Cube and we haven't made an announcement about future model plans," but Autoblog sources indicate that an official announcement will be coming in the next couple of months, and the Cube has been conspicuously left off of an exhaustive 2015 lineup "Charting the Changes" announcement released on Tuesday.

For now, it's unclear whether the third-generation Cube will continue to be sold beyond North America, or whether a fourth-generation is in the cards, but we wouldn't bet on the Brave Little Toaster making a return appearance. Either way, Nissan has a pretty full small-car stable, what with its Versa Sedan, Versa Note, Sentra, Juke and Leaf EV – not to mention the Micra being available in the Great White North.

America's once-burgeoning 'box car' segment appears to have sputtered out, with the original practitioners of the movement being either long gone ( Honda Element) or hanging on by their aging fingernails ( Scion xB). Only the Kia Soul has managed to find long-term success.

Even with their utilitarian dimensions, it could be argued that every one of these box cars have been faddish by design, so it's fair to assume a shorter shelf life. As Stephanie Brinley, senior analyst for IHS Automotive reminded us, "Even Scion's xB was intended to be a one-generation vehicle," adding, "when you have something that unique and unusual... just continually refreshing it doesn't cut it." 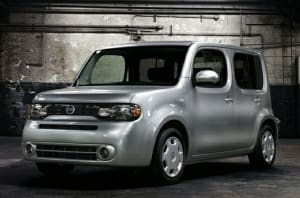