The industry is on pace to sell more than 16 million cars this year ... but don't break out the party hats and champagne just yet.

June was a terrific month for the auto industry. Americans made it the busiest month of sales in nearly eight years, buying more than 1.4 million vehicles, according to Autodata Corp. It was the strongest month of sales since July 2006, combining with robust sales in May to send expectations soaring.

Despite a brutal winter that hampered sales earlier in the year, the industry is on pace to sell more than 16 million cars this year. If that pace holds, it will be the first time since before the Great Recession that milestone has been eclipsed.

But don't break out the party hats and champagne just yet.

Amid the rampant enthusiasm, AlixPartners, a global business advisory firm based in New York, has released a study that douses some of the budding hope the industry could soon return to the halcyon days of 17-million in annual sales. Instead, the study suggests sales could soon peak and then retreat.

"The good news is the global auto industry made it through the financial crisis, recession and a whole lot of pain," said John Hoffecker, co-president of the Americas at AlixPartners. "The bad news is what's ahead is uncertain and unprecedented, and could be painful as well." 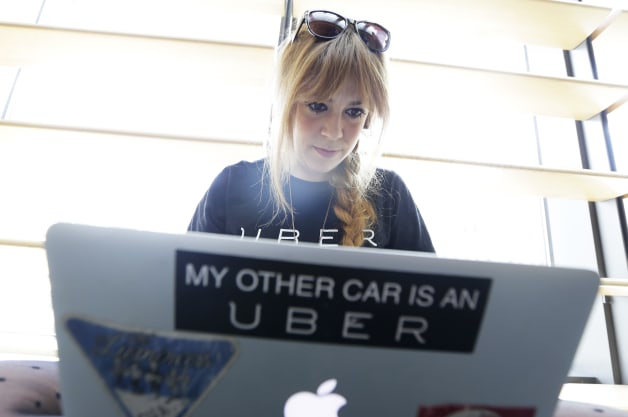 While the firm projects sales of about 16.3 million vehicles this year, it projects that interest rates will begin to rise next year and sap consumers' purchasing power. Combined with longer-term trends of younger Americans showing indifference toward driving and a decline in vehicle usage rates, sales could begin to diminish.

The findings are detailed in the firm's report " Blind Curves Ahead for Auto Industry." AlixPartners has dubbed the next generation of drivers "Generation N" for their neutral opinions about driving, their growing use of car-sharing services and increasing reliance on Uber and Lyft. Those factors may indeed have a longer-term impact on sales, but in the near term, the primary factor will be interest rates.

"The biggest factor would be this credit bubble, and without making an exact projection of when that will happen, that, to use is the window when you'll see an impact on car sales," said Dan Hearsch, a director in the automotive practice at AlixPartners. "The other side of it is cyclical and predictable. ... We're a little more pessimistic because of these other factors."

Cheap credit is one reason there has been remarkable growth in the industry. By the end of 2013, the industry posted year-over-year sales growth for five consecutive years. It's only the third time since the end of World War II that growth has been recorded in five straight years. 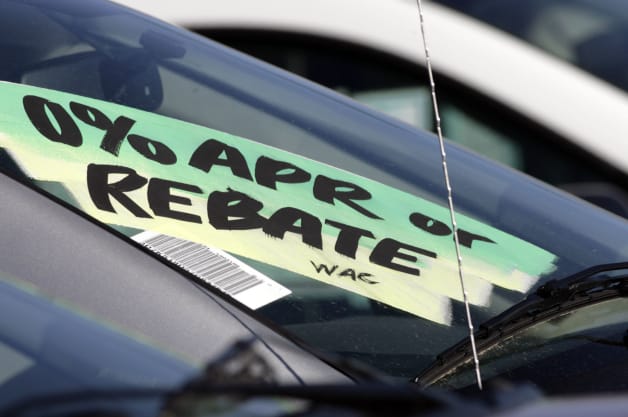 A three-percent rise in rates – about the historical average – would mean a consumer would have about $2,500 less to spend on a new car.

Yet a three-percent rise in rates – about the historical average – would mean a consumer would have about $2,500 less to spend on a new car. Such a rise could pinch consumers who are already extending the lengths of their loans to record highs. A recent study from Experian Automotive showed the average term of a car loan has reached 66 months, the highest since the company started tracking the number in 2006. The report said nearly a quarter of all new loans issued in the first quarter of 2014 were 73 to 84 months in duration.

IHS Automotive, another global market-analysis firm, sees small growth over the next two or three years in the auto industry, with demand inching from 16.2 million vehicles this year to 16.5 million next year. Beyond that, they also see interest rates tempering demand.

"We think the explosive growth in the market is probably over," said George Magliano, a senior economist with IHS Automotive.

Like AlixPartners, IHS sees a gradual hike in interest rates on the horizon over the next two or three years. Magliano said he also believes rising oil prices will play a role in diminishing demand, as will tapering interest in new cars from an aging population.

Rising oil prices could present a new opportunity for automakers to boost sales of hybrid and electric vehicles. But a combination of improvements in internal combustion engines plus the higher upfront costs of an electric vehicle still make consumers reluctant to buy them, a trend both firms believe will continue. 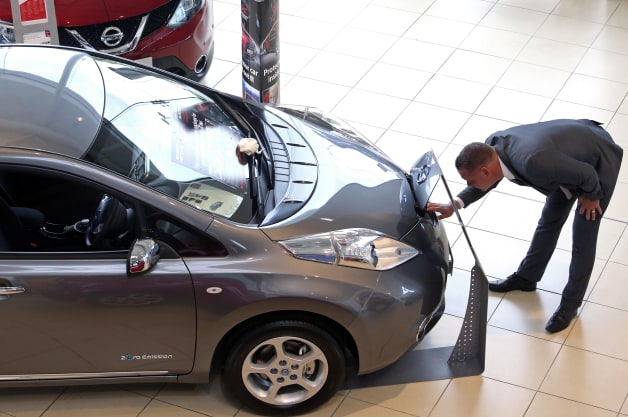 By 2017 AlixPartners predicts connected cars will account for 80 percent of sales in North America.

"Ultimately, the payback on an electric vehicle just takes too long," Magliano said. "Something will have to change."

The challenges for selling EVs aren't only on the consumer end. Hearsch said battery packs, which comprise about 35 to 40 percent of an electric car's cost will either need to become cheaper or their range will need to be extended for the cars to become viable options for more Americans. Demand for lithum and nickel, which are used in creating the batteries, is currently outpacing supply, Hearsch said.

More so than electric cars, the X-factor for the long-term health of the industry lies in connected cars, autonomous cars and self-driving cars. It's not a question of when they'll be ready for the road – it's when will the road be ready for them?

Internet-connected cars are already a regular part of traffic, and by 2017 AlixPartners predicts connected cars will account for 80 percent of sales in North America. Beyond that, the government and OEMs alike need to prepare for more car-to-car and car-to-infrastructure communication that will allow autonomous driving and self-driving cars to proliferate.

It may be too early to assess precisely when such roadway and legislative overhauls will occur, but they will be key to the future sales.

"The next big wave will be autonomous cars," Magliano said. "A few years ago, who would have thought we'd be talking about that today? This industry has gone completely haywire, from a dead industry to something that's very high tech. We are close."
X