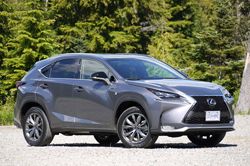 
With its all new NX small crossover, Lexus officially enters the lucrative fray with rivals from Acura, Audi and BMW. Our own Jeremy Korzeniewski traveled to Canada's left coast to put the 2015 NX 200t through it's paces, finding both advantage and fault with the Lexus CUV. Can the exotically styled CUV ultimately transcend its Toyota RAV4 roots? A click here tells the tale. 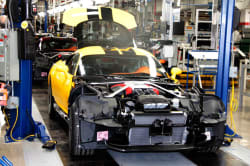 The on again, off again story of Dodge (don't call me SRT) Viper production is, well, off again. Dodge booted up production of the slow selling snake for two weeks at the end of June, only to shut the operation down again until the 14th of July. The automaker won't confirm official supply numbers, but all indications point to there being more Vipers than the market will bear on dealer lots as we speak. 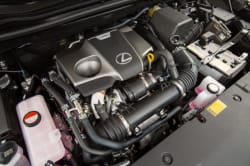 Not content to simply drive the all new 2015 Lexus NX crossover, we've also got a piece diving deep into the car's new 2.0-liter turbocharged four-cylinder engine. Outputs of 235 horsepower and 258 pound-feet are just the starting point with this new Lexus powerplant, as the company has thrown most of the newest technologies in its arsenal at the NX mill. Get into the oily bits, here.