Given Just 7 More Days, GM Would Have Changed Entertainment History 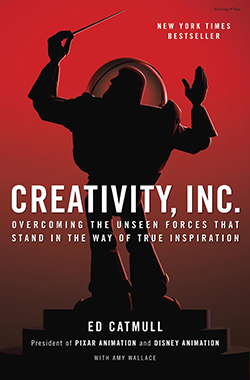 General Motors came within one week of buying Pixar in 1985, and would have subsumed the then-fledgling computer company to use its technology to help aid car designs. That surprising almost-was historical wrinkle comes courtesy of Ed Catmull, co-founder of Pixar, in his new management book, Creativity, Inc.

At the time, Pixar was more of a computer hardware company than an animation studio. Had the deal gone through, it would have likely "put an end to our dream of making the first [CGI] animated feature film," Catmull says in the book. There would have been no Toy Story, no Cars, no Ratatouille, no WALL-E and no Monsters Inc. It's not even clear if the name Pixar would have survived – it's likely that GM would simply have subsumed the organization into its design department.

The aborted GM deal, about which little has been revealed beyond its existence (it was mentioned in an earlier book, David A. Price's The Pixar Touch), is fascinating to ponder. Catmull (above) said the failed negotiations to buy the then-ailing Lucasfilm computer division actually involved the automaker and Philips, the Dutch engineering and electronics giant. " General Motors was intrigued because we were leading the way in the modeling of objects, which they felt could be used in car design," says Catmull. Philips was interested in the technology behind the Pixar Image Computer, which could read huge amounts of data from imaging machines like CT scanners or MRIs. Those two pieces of technology made Pixar a sweet acquisition target, one GM and Philips valued at around $30 million. The companies had agreed to pay George Lucas $15 million and invest a further $15 million in Pixar's operations in order to consummate the deal.

In reading Creativity, Inc., it's not entirely clear what scuttled the deal, but in the book's afterword, Catmull makes it sound like Pixar executives were upset when the deal fell through. "We'd made a promising match with General Motors, only to be left at the altar," he says. In a recent lecture as part of the DFJ Entrepreneurial Series at Stanford, Catmull expounded a bit, saying the deal fell apart when "with General Motors – the EDS part – the Ross Perot holdovers and the car people got into a war with each other." EDS, of course, being Electronic Data Systems, the technology and services company that the one-time presidential candidate sold to GM in 1984.

Instead, Apple's Steve Jobs "swooped in" to help prop up Pixar, and the rest is animation history. Today, Catmull is president of Walt Disney and Pixar Animation Studios. He, and thousands of Buzz Lightyear, Mike and Sully, and Lightning McQueen fans are probably eternally grateful the deal was never realized.
X