These are the 7 deadliest racetracks ever

No. 1 Is Bigger Than 5 Others Combined

Seyth Miersma
The tragic and completely bizarre accident that claimed the life of racer Bobby Goodin at the Pikes Peak International Hill Climb this weekend serves as yet another underscore to the dangers of motorsport. Advances in vehicle design, safety equipment and emergency medicine have all worked to make racing a less dangerous occupation than it once was, but there's no doubt about the fact that lives are on the line just about every time the ladies and gentlemen start their engines.

While Pikes Peak has seen its fair share of crashes – often times made more dramatic to behold for the altitudes at which the race is run – the Hill Climb hasn't been one of the most fatal events, historically. Despite its 92-year age and tortuous layout, Pikes Peak has claimed the lives of only five competitors. We say "only" not to make light of the loss of life; it's simply to say that there are racecourses in the world that have been much more deadly for drivers or riders.

So which tracks and courses have spilled the most competitor blood throughout the years? Read on below for the six most deadly. 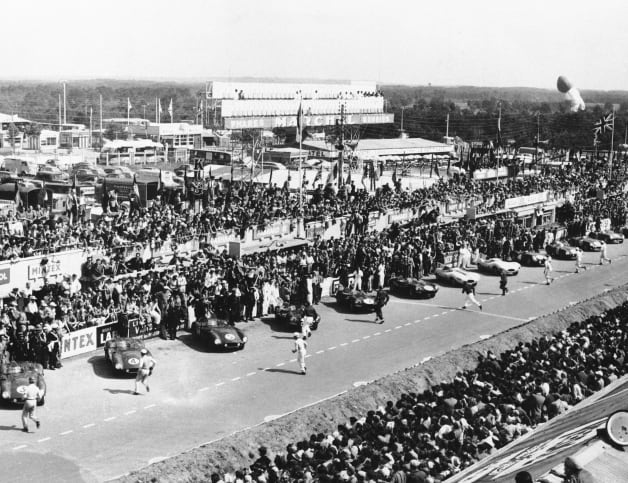 Death most famously visited the Circuit de la Sarthe in 1955, when Pierre Levegh's Mercedes-Benz crashed and flew, in burning pieces, into a crowd of spectators near pit row. Levegh was the only driver to lose his life that year, but a terrifying 83 others were killed by the wreckage and fire.

In a positive trend (one you'll see repeated throughout this list) the carnage has slowed greatly at Le Mans in the last 30 years. Of the 22 drivers killed at the race, 18 of them occurred before 1980, with some 16 years separating the last ( Allan Simonsen in 2013) from the second to last (Sébastien Enjlras in 1997).

As with Le Mans, the total lethality of the taxing Dakar Rally far outweighs the 27 competitors killed over the 36 years since the first running. Figures vary, but it has been reported that more than 70 people have died in concert with the rally's occurrence, including spectators and race workers.

1991 was perhaps the most tragic year for Dakar, with four competitors losing their lives in that year alone.

Current and historic home to the Formula One Italian Grand Prix, Monza has been actively used for racing for closing in on 100 years. That long history helps to explain the circuit's unenviable death toll for both formula cars and racing motorcycles, as does the fact that it has very high average speeds thanks to long straights and sweeping corners.

1928 and 1933 were especially dark years for Monza. In the '28 GP, Emilio Materassi crashed, killing himself and 27 spectators while '33 saw three drivers killed. Two chicanes added to the Grand Prix layout the next year.

Originally formulated in 1921, the Belgian track has seen its share of dark days. With motorcycle, open-wheel, sports cars and more racing at the circuit over the years, nearly fifty competitors have met their maker within its confines. 1967, 1973 and 1985 all saw triple fatalities at Spa, with the most recent passing (Sébastien Clouzeau) in a 2013 Classic F3 event.

The glorious history of the Indianapolis Motor Speedway and its famous 500, is also unfortunately littered with tragic stories. From 1909 through 2003 more than 50 competitors have given their lives at the Brickyard, including in races, practice and testing.

The early years of the race frequently produced twice the tragedy per crash that you might expect, too. In the first decades of the race, drivers raced with "riding mechanics" aboard, meaning that most fatal crashes resulted in two snuffed-short lives. 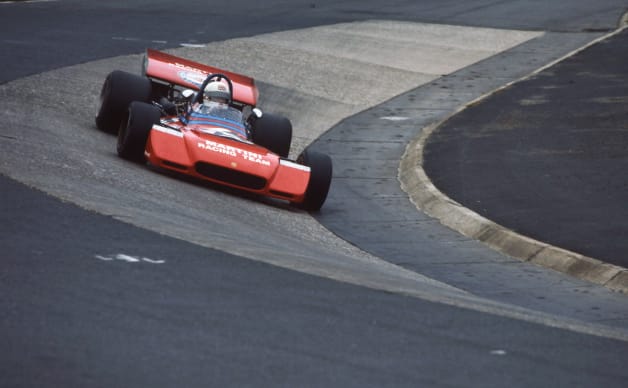 You don't get a nickname like "Green Hell" for no reason, after all. Even a casual student of motorsport history would have guessed that Germany's Nürburgring would be pretty high on this list. And, with 68 souls lost between Čeněk Junek in 1928 and Leo Löwenstein in 2010, they'd be right.

Without a doubt, 1970 represented a low point at the 'Ring. Between April and September of that year, four racecar drivers and two motorcycle riders lost their lives in the heat of competition.

Mix a road course as complex as the Nürburgring, a history nearly as long as Indy's and two wheels instead of four – to say nothing of often adverse weather conditions and limited overrun areas – and you've got the recipe for disaster that is the Isle of Man TT Snaefell Mountain Course.

IoM's death count not only 'beats' every other major motorsport event that we've ever heard of, it has accounted for more competitor deaths than all of the other five entrants on our list combined.

Since 1946 (when the TT resumed following WWII), only two years have gone by with zero fatalities. 1982 was a miraculously death-free event, and in 2001, the race was cancelled because of an outbreak of foot-and-mouth disease in the UK (officials wanted to ensure that the disease was kept off the island). There's your silver lining, if you're looking for one.

UPDATE: Now with seven tracks; with the previously omitted Spa-Francorchamps inserted in the fourth spot. Sorry for the confusion.
X