Noah Joseph
If you've ever watched an off-road rally and wondered how the spectators are allowed to get so close to the cars traveling at high speeds over loose and often unpredictable surfaces, we're afraid to report that your suspicions have tragically been confirmed as news comes in of two separate crashes during the Jim Clark Rally in Scotland on Saturday. 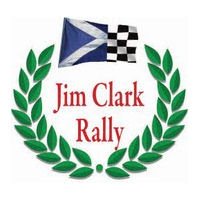 The first of the two incidents occurred near Crosshall Farm on the Eccles stage, where a car left the road and struck five spectators – one woman and four men – who were evacuated to Borders General Hospital, after which one was moved to intensive care in Edinburgh.

That stage was closed down following the collision, but the rest of the rally carried on. Two hours later another car left the road at Little Swinton near Coldstream and hit four spectators, three of which we're bereaved to report were pronounced dead at the scene. The fourth victim was taken to the Edinburgh Royal Infirmary in critical condition.

The Jim Clark Rally takes place over the course of three days in the Scottish Borders region. The event named, of course, after legendary Scottish driver Jim Clark, who himself was killed in a racing accident at Hockenheim in 1968. Our thoughts and prayers go out to the victims of this most tragic incident. Scroll down below for the official announcement from Scotland Police Superintendent Phil O'Kane.