This is what a street-legal 3,000-hp Bentley Continental GT drag racer sounds like

As you might expect, it's not exactly a factory-fresh Continental GT, more like an authentic Bentley bodyshell placed over a tube-frame chassis and a carbon-fiber-heavy interior that took eight months and 250,000 pounds ($420,763 US) to finish. It will be driven by its owner, Yorkshire watch repairer Steve Neimantas. Builder Jon Webster told Autoblog that they're hoping for times in the "mid to low sevens on street tires and 6's on slicks."

You can watch a couple videos of the engine running and the car on the go below. 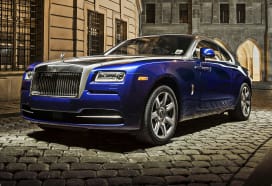