Chrysler is recalling 4,141 Fiat 500e models from the 2013 and 2014 model years because they could lose power. According to the automaker, the power inverter module could allow coolant to seep onto electrical components. This could cause a short circuit and power loss. The part in question is responsible for altering the electric current.

The company discovered the problem while reviewing warranty claims, and it found five cases where the fault actually occurred. It's not aware of any injuries or accidents tied to this issue. The recall affects cars built between September 24, 2012, and April 4, 2014, and all of them are in the US. Chrysler will contact owners directly to schedule the repair.

This is the second recall for the electric hatchback. Chrysler previously had to repair more than 270 of them last year to replace bolts that secure the vehicles' half shafts.

May 9, 2014 , Auburn Hills, Mich. - Chrysler Group is replacing the power inverter module (PIM) in an estimated 4,141 electric cars to prevent coolant seepage that may cause power loss while driving.

A PIM alters electric current to accommodate battery-powered propulsion. A routine warranty data review prompted an investigation, during which Chrysler Group engineers discovered a PIM defect that may, over time, seep coolant onto electrical components, causing a short-circuit leading to power loss.

Chrysler Group is aware of five such incidents. The Company is unaware of any related injuries or accidents.

Chrysler Group is replacing PIMs in model-year 2013-14 Fiat 500e vehicles assembled between Sept. 24, 2012 and April 4, 2014. Affected customers, all of whom are in the U.S., will be contacted directly and advised when they may schedule service. Associated costs will be borne by the Company.

Customers who are concerned may call the Fiat Customer Assistance Center at 1-888-242-6342.

Chrysler Group takes seriously its commitment to safety and is conducting this campaign voluntarily. The U.S. National Highway Traffic Safety Administration has been advised. 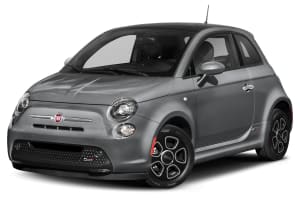