General Motors' recent recall woes may only be getting worse. According to The Detroit News, the National Highway Traffic Safety Administration has opened an investigation into 60,000 2014 Chevrolet Impala models over concerns relating to the sedan's emergency braking system.

NHTSA reports that the driver "heard three to four beeps from the forward collision avoidance system" in the vehicle in question (a rental 2014 Impala with just 2,500 miles on the odometer), and that "this was immediately followed by an autonomous brake activation resulting in their vehicle being struck from the rear by another vehicle." No police report was filed following this incident, and there were no injuries.

A General Motors spokesperson told The Detroit News that the company is fully cooperating with this preliminary investigation. Stay tuned for more information as it becomes available. 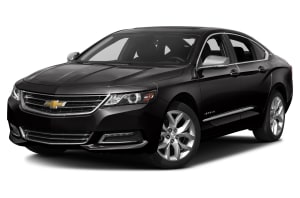