Christopher McGraw
Normally in our Crowdfunding Combat series we pick two similar Kickstarter projects and pit them head to head against one another in a winner-takes-all combat to the death (minus the whole death part), but not this week. In this edition of Crowdfunding Combat we will take a look at three new-age tricycles, the urban mobility-inspired Me-Mover and Halfbike, as well as the showier Verrado Electric Drift Trike by Local Motors. Me-Mover

The Me-Mover is, simply put, a stair-stepper on wheels. Using a stepping motion, you can propel the Me-Mover at almost any pace you'd like, up to around 25 miles per hour. Its aluminum frame stands roughly 40 inches tall and 40 inches long, and features both front and rear disc brakes, as well as 12.5 inch wheels.

According the Me-Mover Kickstarter page, this tike-scooter has many advantages over cars and bikes in an urban environment. The Me-Mover is obviously smaller than any car, and is surprisingly much smaller than a bike, with a footprint of only 18 by 13 inches when folded. 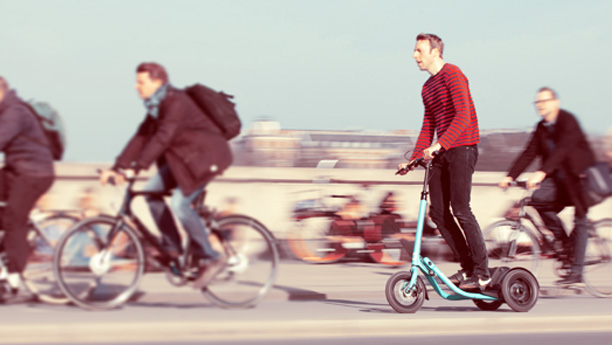 The Me-Mover allows you to work out your whole body while you ride. Not only do you need leg power to propel the trike, but in order to maneuver the Me-Mover you'll have to utilize your core, leaning side to side, much like an alpine skier. That being said, if you don't want a workout, you can slow your pace and casually ride around town.

According to the Kickstarter page, the Me-Mover is still very much bicycle-based, with an "advanced, multi-speed transmission [that] is neatly sealed away, and can be serviced at any bike shop." 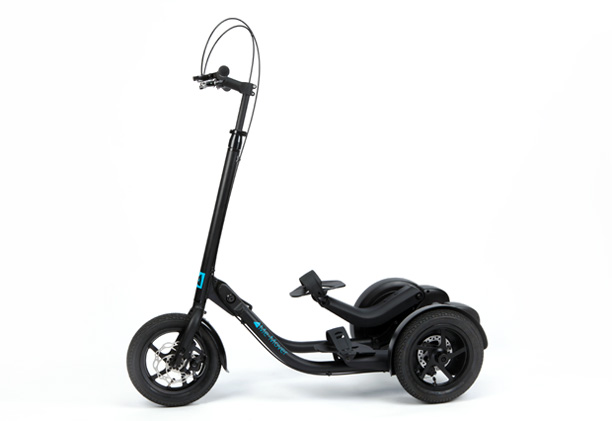 The Me-Mover may be compact, but it is not lightweight. Tipping the scales at 46 pounds, it weighs roughly twice the amount of a beginner road bike. Still, the ability to fold up and roll, much like a rolling suitcase, might make the weight easier to manage.

Our only other Me-Mover criticism is the fact that it currently doesn't include a handle once it is folded up, meaning you have to use the wheel to pull it along. Luckily, the makers of Me-Mover have already announced that a handle will be added in the future. Customers who have already purchased the Me-Mover will be able to purchase this handle separately to upgrade their model. 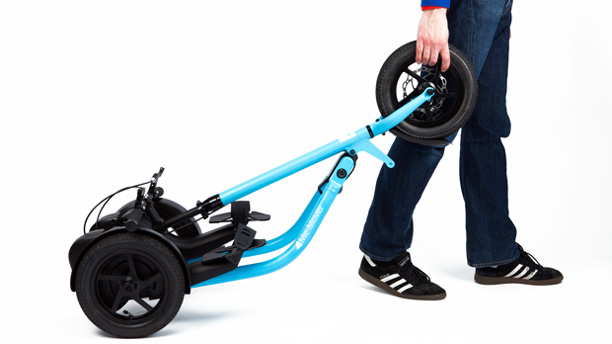 According to the Kickstarter page, also in the works is an electrical add-on, which will let "you travel longer and faster than ever before! It will also be beneficial to those who want to build a new healthy habit, but need a push to get started." Also, a cargo add-on will allow "users to haul up to 35 kilograms (75 pounds) of cargo, such as a dog or groceries, in the foldable front loader." Like the handle, both of these components will be available to current customers as add-ons.

A pledge of $999 will get you a Me-Mover in your choice of black, red, blue or white. If none of those colors tickle your fancy, $1400 will get you a Hot Orange or Metallic Green version signed by Me-Mover founder Jonas Eliasson.

At first glance the Me-Mover and Halfbike look very similar, but while the Me-Mover is like a stair-stepper on wheels, Halfbike is better described at a standup bicycle. With pedals, gears and a chain that work identically to a bike, one would imagine that it wouldn't take too long to master riding it, especially with three wheels making it harder to tip over.

One of the most notable features is Halfbike's minimalist design. Instead of having horizontal handlebars like a bike, it features a plywood vertical handle, which sprouts from the laser-cut, aluminum base. The handlebar is fitted with a rubber grip and hand brake at the top.

While the plywood handlebar may not be as durable as its forged aluminum counterpart, the lightweight materials add up to only 17 pounds, substantially less than the Me-Mover, and about 5 pounds lighter than an aluminum beginner level road bike.

Even without the ability to collapse, Halfbike has a footprint of only 40 inches by 16 inches, meaning it can fit many places a bike can't, namely on public transportation or inside an apartment without taking up the space of a bike.

Just about the only similarity the Verrado Electric Drift Trike has to the previous two trikes featured in this edition of Crowdfunding Combat is the fact that is has three wheels. Other than that, it's a completely different machine.

Described on its Kickstarter page as "an electric-powered drifting tricycle for adults," the Verrado looks like a big wheel on steroids. "It combines a BMX fork with a 20 inch heavy duty front wheel featuring an aluminum casting around the brushless hub motors." In order to make it incredibly easy to drift, "The 5 inch steel rear wheels with 10 inch karting tires feature sturdy seven-eighths inch thick PVC wheel sleeves." With these sleeves you can drift on almost any surface. 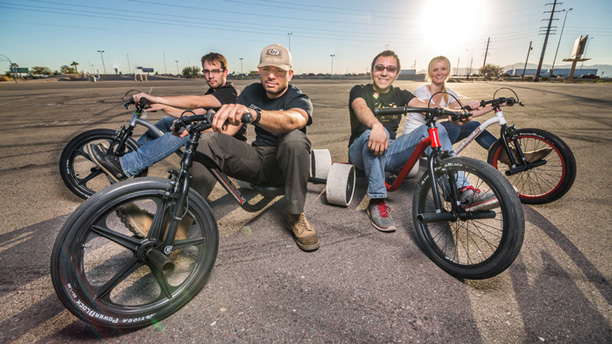 "It features disc brakes, regenerative braking, so you can regain some of that energy you used," explains Local Motors Mechanical Engineer Matt Jackson. It also features a removable rear axle and battery pack.

The battery, a lithium-cobalt manganese battery, will charge in only three hours, and will give you 45 minutes of power, equal to about 12 miles, depending on how much drifting you do, or course. 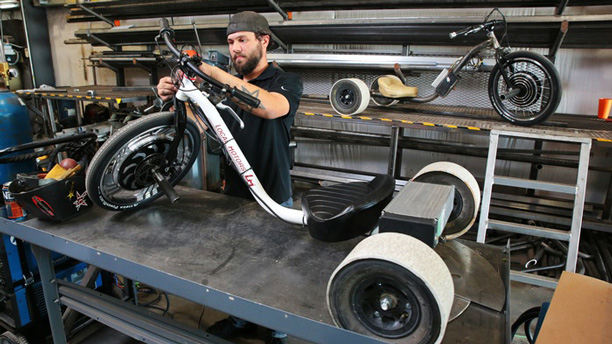 A pledge of $1560 will get you an electric-powered Verrado in your choice of black, white, red, silver, or the exclusive Kickstarter green. In addition to the trike, you will also get a year Platinum American Drift Trike Association Membership.