Seyth Miersma
Before the advent of the Internet, big days for automotive news were almost exclusively centered on auto shows and motorsports events. Today, of course, the news cycle is practically never ending. That means that automakers, parts suppliers, and media outlets are constantly looking for ways to compete for your attention. Which, in turn, means that April 1 has become kind of a thing... if you hadn't noticed already.

Every year the pace with which the April Fool's Day tips come in seems to increase, and generally the jokes seem to get better and more sophisticated – though as you'll see here, you don't need a big budget to pull off a witty prank.

The list of April Fool's jokes you'll find below is far from comprehensive; instead it's a list of notable companies and/or gags that we thought were particularly successful. (Yes, Audi Japan's Quattro Sushi scores on both counts.) Enjoy browsing the list of laugh below, and tell us in Comments about pranks you liked that we didn't catalog here. Oh, and don't miss the Petrolicious video towards the bottom, it's "America's masterpiece."

Our friends at Audi Japan have a bit of fun with the brand's fascination with high design, and the most precise culinary tradition on the planet. This is just the kind of innovative, high-effort, slightly weird stuff that makes April 1 a good day to go to work. Click on the image above to see the full, raw gallery. 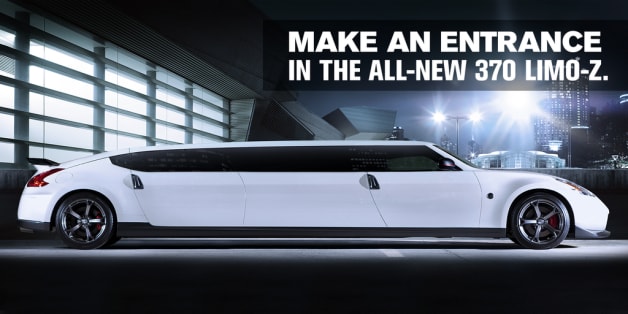 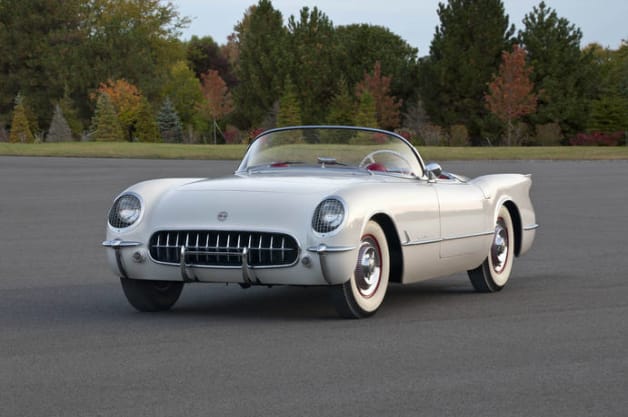 In terms of comedic timing, no April Fool's post this year may have pulled it off better than this one from GM Inside News. Even the beleaguered Mary Barra probably got a chuckle over this one, this morning.

Considering this video stems from the YouTube account of BMW New Zealand (Kiwi's are hilarious), we can only assume that this isn't a tongue-in-cheek reference to the new FWD-architecture. Merely a take on the old-saw about babies loving cars. 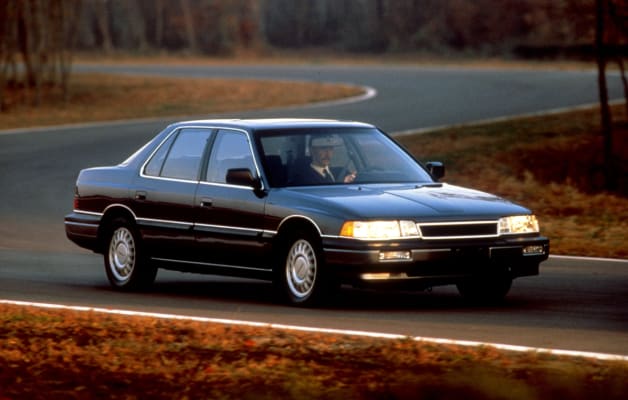 Finally finding a way to land on top of the luxury car rankings, Acura takes a deliberate stab at humor with the press release below. It probably would have been funnier just to run ZDX sales numbers...
Show full PR text
Acura Celebrates 28 years as America's Top Luxury Automotive Brand, Alphabetically

04/01/2014 - TORRANCE, Calif.
Acura today celebrated an important milestone, marking 28 consecutive years as the top luxury automobile brand in America based on alphabetical ranking1. Since its inception as the first luxury brand from a Japanese automaker, in March 1986, Acura has maintained a clear alphabetical leadership position over all other luxury brands, including Audi, BMW, Mercedes and Lexus.

"At Acura, there are many things we're proud of, and one of those things is our alphabetic dominance. I mean, these are the A-B-Cs of marketing, and no one does it better than Acura," said Mike Accavitti, Senior Vice President and General Manager of Acura. "Audi has been nipping at our heels since the beginning, and then there was that deal with Amati, which never really had a shot. We even toyed with adding another A on the front of the name, but we're confident that we can maintain our leadership, assuming no one comes along with Abalone or Aardvark or something like that."

Next month, Acura will debut its newest model, the Acura TLX sports sedan, at the 2014 New York International Auto Show (no kidding). The Acura press conference is scheduled for 1:50 p.m. (EST) on April 16, 2014 inside the Jacob Javits Convention Center. The conference can also be viewed live on www.youtube.com/acura. For members of the media, press materials and photography will be posted at www.acuranews.com immediately following the press conference.

"We probably should have called it the A-TLX, "added Accavitti. "But it's still a damn fine vehicle, even if it's not first in the yellow pages."

Expressing his enthusiasm for the future of the Acura brand, Accavitti, who leads the alphabetical rankings of luxury automobile marketing executives, concluded by saying, "Happy April Fool's Day everyone!"

Mazda UK was apparently thinking along the same lines as Nissan for this April Fool's tweet, either that or the companies share a photoshop literate intern. Four-door MX-5, so not much danger of actually being fooled here.

Cobb Tuning may not be as recognizable a brand as some of the automakers featured above, but it has put more effort into its April 1 work than most of the OEMs. The video above is entertaining, and it gets a nod on our list for its pitch-perfect nod to the Turbo Encabulator legend. 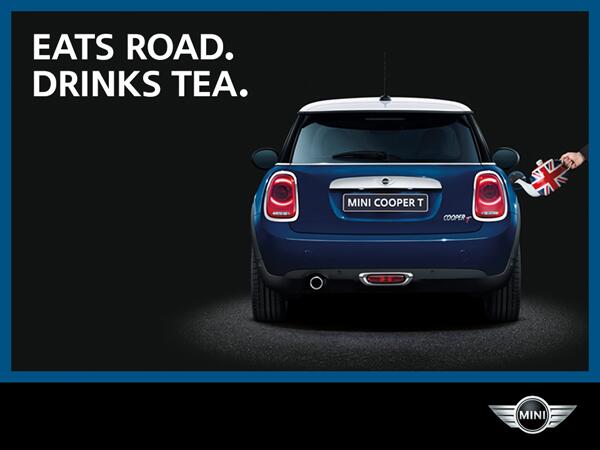 If there's one thing we've learned this year, it's that the social media managers in the UK are funnier than those over here in the US. Since the Brits already get Mini Coopers in S and D formulations, the T was a prank waiting to happen. Click on the picture above to see a few more flavors of Mini.

Petrolicious makes some of the best classic car videos in the world. Full stop. So it's not surprising that the channel's spoof-day offering is so on point. Eat your heart out, John Voight. 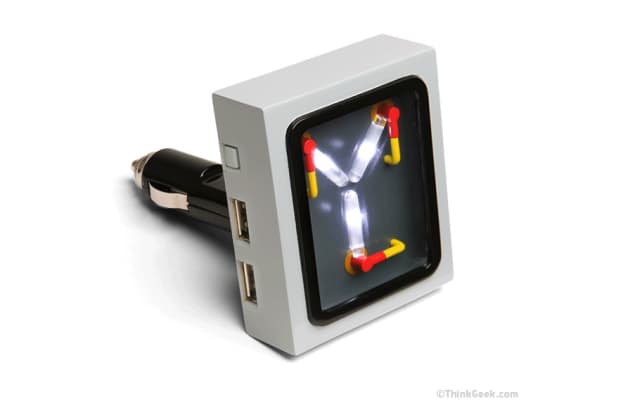 Rewrite history or change the future, all from the comfort of your own car, and for just $39.99. Oh, and Think Geek's version of the legendary Flux Capacitor will also charge a couple of iPads – just in case you want to freak out the 1985 version of yourself with Candy Crush. 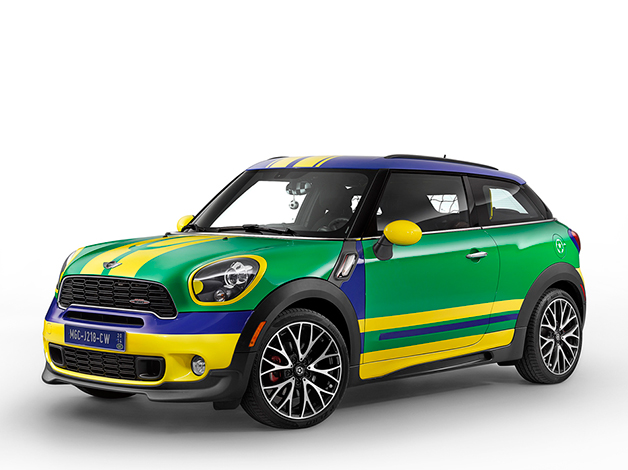 Mini has created an homage to the biggest celebration of The Beautiful Game that's as colorful as Carnivale. Called the Paceman GoalCooper, the John Cooper Works Paceman wears a green, blue and yellow paint job called the "Danielson multi-colored exterior line." Inside are Brasileiro astro turf matting from front to back, a miniature football set in the center rail, an iPad holder for back-seat occupants to watch Brazil's World Cup games and a smartphone-and-beer holder up front.

Game tailgaters can get in on the action with the miniature pitch in the cargo area and a net tied to the front seats, with the "interior monitoring sensors" and Park Distance Control making audible note of shots on goal. Win enough games and you can take home the top trophy of Mini Community World Champion - as long as you get all your games finished on April 1...

Check it out in detail in the high-res gallery just below.