Christopher McGraw
It should be obvious to even casual readers of TRANSLOGIC that electric cars are quickly gaining in popularity. Audi, BMW, Ford, Nissan and Tesla all have plug-ins on the market or coming soon. Though, as any seafarer will tell you, gas spent in a car is nothing compared to that on a boat. Not only is gas generally more expensive on the water, but even newer, more efficient engines fail to come close to double-digit miles per gallon numbers. So why is it then, that electric boats are not more popular?

This is a question that some boat makers are starting to answer, one of them being the family-owned Dutch company, Supiore and their 100% electric tender, the Uno. 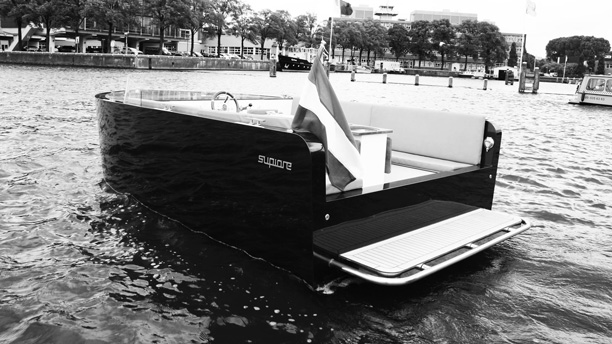 The Uno, which will begin production this month, is a touch over 17 feet long and can seat up to seven people comfortably. Its four batteries will let you cruise for six hours and the 400-watt solar cells built into the bow of the boat will assist in charging. Even with these cells in place the bow is walkable, and according to the brochure for the Uno, "if someone lays on [the solar panels], the charging of the batteries does not stop, but only decreases slightly." How slightly, they do not say.

When using both a wall plug charger and the solar panels, Supiore claims that the batteries can charge at a rate of 20% per hour, meaning a full charge can be achieved in only 5 hours time. Using only the 400-watt solar cells decreases charging to 5% per hour. 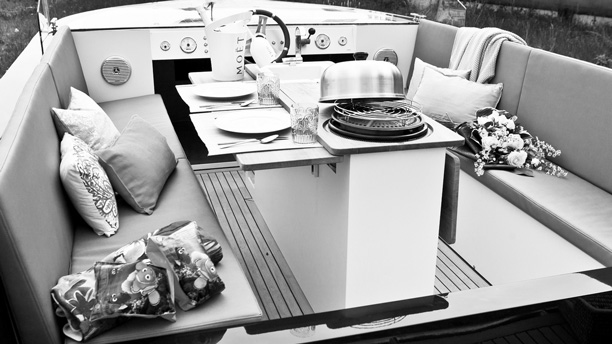 Don't expect to win any races with the Uno. With a top speed of just 12 miles per hour, you'll barely be able to create a wake, let alone pull a water-skier. An added benefit to the relatively slow top speed, according to the Supiore site, is that the boat can be captained without a license. (This may not be the case in all areas; check your local laws).

The Uno also comes equipped with a wine cooler, sink, barbeque and a built in stereo. Building materials like Flexiteek, a synthetic teak deck substitute, and LEDs keep the Uno looking stylish while further lessening the vessel's carbon footprint.

Pricing has yet to be released.