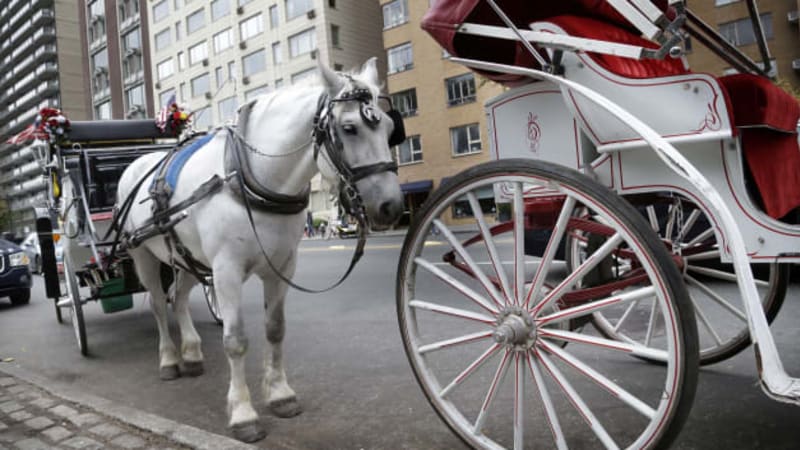 In his dozen years in office, New York City Mayor Michael Bloomberg did his best to cut down on traffic congestion and spearheaded the conversion of the city's taxi fleet to hybrids. But his successor is out to eliminate another kind of vehicle – the horse-drawn carriage – from the streets of Manhattan.

The carriages have been a staple of New York's Central Park since it opened in 1858, taking untold numbers of tourists and locals alike for rides around the sprawling green space in the heart of Manhattan. But the freshly sworn-in Bill de Blasio says the practice is cruel to the animals and needs to go, announcing his plan to replace the handsome cabs with "antique-style" electric cars, though no specifics were given on just what those cars will be.

The development comes as welcome news to animal rights activists who have long campaigned against the horse-drawn carriages. The drivers of said carriages, however, claim that the horses are treated well, and retiring them to a life of inactivity would be the crueler fate. The drivers reportedly intend to fight against the measure, by court and by lobbying the City Council that would have to approve it, but for his part, de Blasio seems committed to making Central Park horse-drawn cabs a thing of the past.

What do you think, is it time for the horse-drawn carriages to go? Cast your vote in our poll below, and if you have an idea for what they should be replaced with, share your thoughts in Comments.