The National Highway Traffic Safety Administration is investigating certain Volkswagen Tiguan models after receiving more than two dozen reports of vehicles experiencing a loss of exterior lighting – brake lights, headlights, turn signals, etc. So far, 26 people have reported this problem to NHTSA, but it could possibly affect an estimated 61,000 Tiguans between the 2009 and 2011 model years.

Of the Tiguan models that had a partial or complete loss of exterior lighting, some were found to have an overheated or melted fuse. The NHTSA investigation notice, which is posted below, doesn't mention whether or not the driver was warned when the lights failed, but it would probably be a good idea for potentially affected Tiguan owners to keep an eye on the lights and even the fuse until the investigation is concluded. Fortunately, there have been no accidents or injuries reported.
Show full PR text
INVESTIGATION Subject : Loss of Exterior Lights

SUMMARY:
ODI has received 26 complaints alleging a partial or complete loss of the vehicle's exterior lights. The reports suggest the problem worsens over time with additional exterior lighting malfunctioning as the problem progresses. Most of the complaints report finding an overheated and melted fuse in the under-hood fuse box. The overheated 30-amp fuse (number F16 or SB16) protects, among other things, several exterior lighting circuits. ODI has opened this Preliminary Evaluation to evaluate the scope, frequency and consequence of the alleged defect. 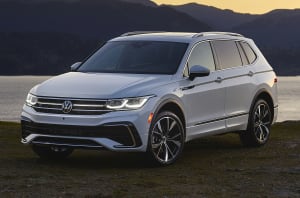 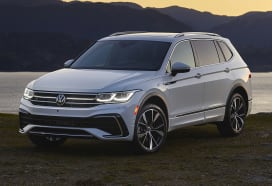 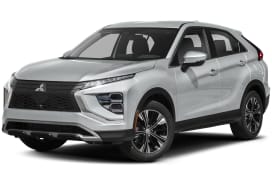