Ditching The Top Makes This Muscle Car Even Better View All Specs
I first caught a glimpse of the 2014 Chevrolet Camaro in person at the New York Auto Show, and the Convertible version (by way of pictures) at its far-flung debut in Germany. As a car writer, a V8 enthusiast, a convertible diehard and, most days, no fool, I've wanted to get my turn in this very car ever since.

The Camaro SS Convertible rumbled up to my door in 2SS trim, meaning my first go with the deeply attractive pony car would lack for neither bells nor whistles, nor imposing 20-inch aluminum wheels. While undoubtedly pricey, fully loaded with a manual transmission is a great way to buy this car. What's more, the middle of the Michigan autumn is pretty much the perfect time to have the keys to it in your pocket. 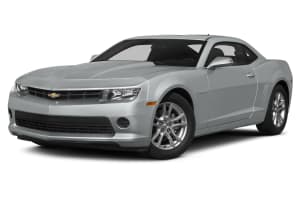