Surviving a zombie invasion isn't easy, and Hyundai takes life-or-undead situations pretty seriously, as made clear by its devotion to creating zombie-annihilating vehicles. Earlier this year, Robert Kirkman, creator of The Walking Dead comic series that gave birth to the hit television series of the same name, designed a Zombie Survival Machine around a Hyundai Veloster hatchback.

This year, TWD fan Anson Kuo has conjured up a Santa Fe sports utility vehicle capable of mowing down hoards of zombies with extra room for passengers and supplies. Hyundai says Kuo's design was built by Galpin Auto Sports and will be unveiled at New York Comic-Con on October 10.

To have a good offense and defense, the Santa Fe is equipped with three machine guns, an automatic crossbow, a samurai sword, knife blades, razor-wire windows and aluminum armor. To help it navigate zombie-infested urban sprawl, it wears a camouflage paint scheme and is equipped with a muffler silencer for stealth attacks.

Kuo's design was one of more than 82,500 submissions in which contestants could design their zombie-fighting mobiles around the Veloster Turbo, Elantra sedan or Santa Fe. While the first two vehicles are more than adequate platforms, we think Kuo is on to something by starting with the CUV.

COSTA MESA, Calif., Oct. 4, 2013 – Zombies beware! Hyundai will welcome the newest addition to its zombie-fighting family at New York Comic-Con: Anson Kuo's Santa Fe Zombie Survival Machine. Aimed at effective undead annihilation, the fan-built vehicle will be on display for the living on the show floor on October 10.

As part of The Walking Dead Chop Shop configurator app designed by Hyundai and INNOCEAN USA (launched during San Diego Comic-Con), fans have designed thousands of custom zombie survival machines using the Hyundai Veloster Turbo, Santa Fe or Elantra. This summer, Kuo's Santa Fe design was picked as the winner out of more than 82,500 fan submissions. His winning vehicle was constructed by Galpin Auto Sports (GAS) and the real-life machine will be unveiled on the New York Comic-Con show floor on October 10 at the Future US booth.

Kuo, who hails from Arizona, created an urban camouflaged Zombie Survival Machine featuring: knife blades, an automatic crossbow, razor-wired windows, three machine guns, a samurai sword, aluminum armor and a muffler silencer. His mission was to create a stealthy vehicle with abundant cargo space for supplies and passengers, maximizing survivability against the undead. Having knives as a primary weapon ensures scarce ammunition is conserved, said Kuo. This Hyundai will be a true zombie obliterator.


"We love Anson Kuo's take on this Santa Fe Zombie Survival Machine – it's creative... and deadly," said Steve Shannon, vice president, Marketing, Hyundai Motor America. "With help from the popularity of The Walking Dead franchise, Hyundai continues to expand the conversation around Hyundai vehicles with young and passionate audiences."

New York Comic-Con attendees will be able to take pictures with the new Zombie Survival Machine at the Future US booth and get inside the vehicle to check out all of the features. The booth will also feature a zombie make-up artist, limited edition giveaways, and more.

Hyundai's continued partnership with Robert Kirkman's Skybound imprint at Image Comics and Kirkman's groundbreaking comic and best-selling graphic novels, The Walking Dead,also includes a special gallery execution featuring "The Walking Dead A Decade of Dead" curated by former editorial director Sina Grace. His display can be viewed at local gallery space Pillars 37 October 10-12. This event will showcase The Walking Dead artwork, famed illustrations, the Veloster Zombie Survival Machine from San Diego Comic-Con and an autograph signing by artist Charlie Adlard. Limited edition prints exclusive to the gallery will be distributed to gallery guests each day. The gallery will also host a private screening of the world premiere of the "Hyundai Presents The Walking Dead A Decade of Dead" documentary.

The Hyundai and Future US display will be located at Booth #542 on the show floor. To check out the documentary, visit TheWalkingDead.com on October 11.

Robert Kirkman's success and passionate advocacy for creator-owned comics led him to become the first person invited to become a partner at Image Comics since the company's inception twenty-one years ago. Kirkman is the creator/writer of the Eisner Award-winning The Walking Dead, long-running Invincible, all-ages Super Dinosaur and Thief of Thieves. In 2010, Kirkman formed his own Image imprint, Skybound, which publishes his own work and Witch Doctor, Invincible Universe and Clone. Kirkman has earned the respect of the comic, writing and television communities and topped the New York Times bestseller list for graphic novels in 2011 and 2012. In April 2012, he took the top five spots on both the hardcover and paperback lists. He's the creator/executive producer and writer of the hit Emmy®-winning television show, AMC's The Walking Dead, the highest-rated basic cable drama of all time in the U.S., also an international success in 122 countries and 37 languages. Your destinations for all news and merchandise from Robert Kirkman, The Walking Dead and all Skybound titles are www.Skybound.com and www.TheWalkingDead.com

Skybound is the home of Robert Kirkman's creator-owned work including his Eisner Award-winning comic book series, The Walking Dead, long-running Invincible, all-ages Super Dinosaur, Thief of Thieves and Clone as well as Witch Doctor and Invincible Universe. Since its inception, Skybound has created television shows, merchandise and a wide spectrum of platforms, games (The Walking Dead: Assault iOS app), and entertainment events (The Walking Dead Escape). Skybound's successes include the comic behind the hit Emmy®-winning television show, AMC's The Walking Dead, the highest-rated basic cable drama of all time in the U.S., also an international success in 122 countries and 37 languages. Skybound/Kirkman frequently top the hardcover and paperback bestseller lists. Your destinations for all news and merchandise from Robert Kirkman,The Walking Dead and all Skybound titles are www.Skybound.com and www.TheWalkingDead.com 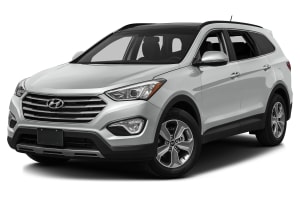