Brandon Turkus
One of the most recent yet notable additions to the modern vehicle's growing suite of fuel-saving technologies is the humble start-stop system. It's rather simple - when the vehicle is stopped, the engine shuts off. It then fires back up when the driver starts to take his foot off the brake or step on the clutch. For one of the most important fuel sippers of the year, though, start-stop tech is a no-go.

Honda will not be offering the system on the North American-spec, non-hybrid Fit despite it being a standard item on both the hybrid (pictured above) and gas-only Japanese domestic models. According to Honda, it's ostensibly due to the momentary lag, that occurs when the gas engine re-fires and power is available. The start-stop-equipped Fits "will lose at stoplights to V6s," Nobuhiko Shishido, the lead powertrain engineer for the Fit, told Automotive News. This is just an observation on our part, but unless the new Fit turns up with dramatically more than the current car's 117 horsepower, it'll "lose at stoplights" regardless of whatever fuel-saving features are fitted.

The other issue Honda sees is more realistic. In the world of the EPA, stop-start systems are not taken into account in fuel economy testing. That makes the cost-adding technology a tough sell for US consumers who are forced to take a dealer's word on real-world economy gains over the milage numbers on the window sticker. That said, wouldn't it at least make sense to offer start-stop as an option? Have your say in the Comments below. 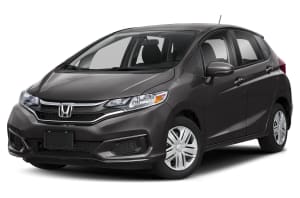