It was morning on Woodward Avenue again.

Like the first post-9/11 Saturday Night Live in which Lorne Michaels famously asked New York City Mayor Rudy Giuliani if it was it OK to be funny again, at some point in the early 1980s, car manufacturers asked the question "Is it OK to be fast again?" The memory of the second energy crisis was receding, the dreaded "double nickel" (the national 55 mph speed limit) was on its last legs, and idiotic 85-mph speedometers went away. It didn't hurt that the wonders of electronic fuel injection and oxygen sensors helped horsepower and clean tail pipes coexist. To paraphrase Ronald Reagan, it was morning on Woodward Avenue again. Here are some of the cars that drove a stake through the heart of the Malaise Era:

At first glance, the Regal seemed like an unlikely platform for the second coming of Buick muscle. It was a bit upright compared to the fastback Skylark of the early 1970s, but it was relatively light, and in all-black trim it looked suitably menacing. One of the first American performance cars since the start of the Malaise Era (other than the Corvette) to break the 200-net-horsepower barrier, the Buick did it with a turbo V6 rather than traditional V8 power. It mattered little. Performance out of the box was excellent and the car took to modifications quite with over 400 hp possible before things started grenading.

Rob Sass is the Publisher of Hagerty Classic Cars magazine. He is a regular contributor to the automotive section of the New York Times and is the author of "Ran When Parked, Advice and Adventures from the Affordable Underbelly of Car Collecting." 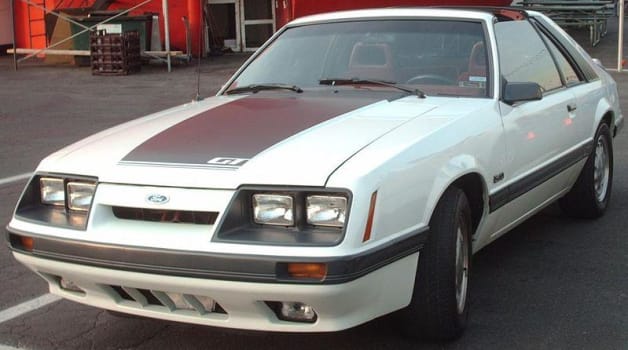 The Fox platform 5.0 Mustang was probably the car most responsible for ending the Malaise Era.

Although the four-cylinder, turbocharged SVO Mustang of 1984 added a new level of sophistication (and a credible 175 hp) to the Mustang, it was never going to be a volume seller. The 5.0-liter V8 of 1985, with its better-breathing cylinder heads, new Holley four-barrel carb and more aggressive camshaft (in manual transmission cars) made 210 hp and threatened offerings from Chevy, Porsche and even Ferrari that cost thousands more. The Fox platform 5.0 Mustang was probably the car most responsible for ending the Malaise Era and bringing V8 American performance back to the masses. Someone should build a life-sized bronze statue of the damn thing. The LX model if you don't mind. 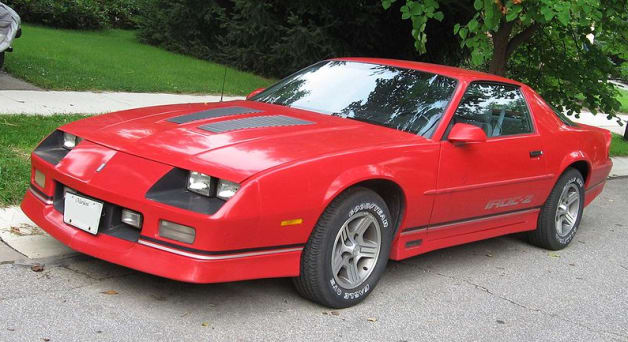 The second generation Camaro had an extraordinarily long production life, but by 1981 the car that had looked so fresh in 1970 (in spite of the fact that it shamelessly stole from the 1962 Ferrari 250 GT SWB) was looking tired indeed. The third generation Camaro was a fine effort that simply lacked performance when it was introduced for the 1982 model year. Chevy took care of that in 1985 when the tuned port injected LB9 305 V8 was rated at 215 hp (automatic only, sadly). Gone were the dark days of 1976 when a Mustang and Camaro could meet at a stop light and duke it out without anyone actually realizing that they were racing. 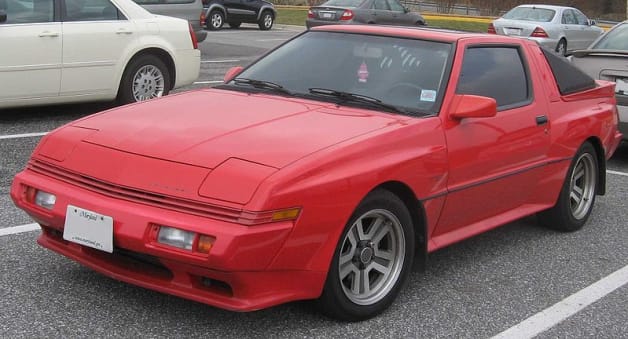 The Japanese also got the memo that it was OK to be fast again.

The Japanese also got the memo that it was OK to be fast again. The Starion and its captive import twin the Conquest were pleasant enough sport coupes from a company that really hadn't produced a world-beater since the A6M2 Zero fighter plane. The addition of Porsche 944-esque fender bulges plus a hot 2.6-liter turbocharged four-cylinder that produced about 175 hp made the lightweight and slippery Starion an unwelcome sight to Porsche 944 drivers. Too bad Starions and Conquests are on the automotive endangered species list. 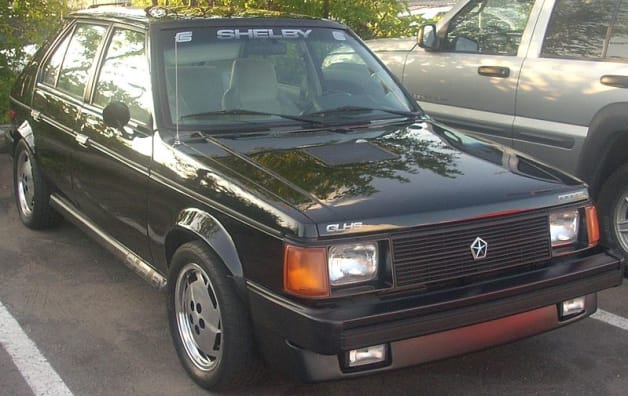 The Dodge Omni was a rather unassuming front-driver designed by Chrysler's then-European arm Simca. Prime competition in the US was the Volkswagen Rabbit. And while it must have been tempting for Shelby to stuff a small block V8 into it, that clearly wasn't going to happen. No matter. Shelby's people managed to coax 175 hp and 175 pound-feet of torque out of the intercooled 2.2-liter Chrysler Turbo II. Mission accomplished. PR-savvy Shelby (who had no love for Ford by this time) participated in a famous Hot Rod magazine story that pitted a '66 Shelby GT350 Mustang against a GLHS at Willow Springs Raceway. The Omni wound up two seconds quicker in a lap and, unbelievably, a second quicker in the ¼ mile. In true Shelby bravado, GLHS stands for "goes like hell s'more" to distinguish it from the more common GLH model.