Kia Hotbots come back out to play with 2014 Forte

Brandon Turkus
Kia is bringing back its so-called "hotbots," the slightly disturbing female robots that traipse about the uncanny valley while hustling the new Forte and "respecting the tech," for three new, humorous animated spots.

The Hotbots first debuted during Kia's latest Super Bowl spot, which followed the debut of the 2014 Forte sedan at the 2012 Los Angeles Auto Show. Each new spot follows the premise of the two originals, with the hotbots protecting the Forte while the oblivious owner stands by. Take a look at all three ads below, along with the two originals that kicked the series off. 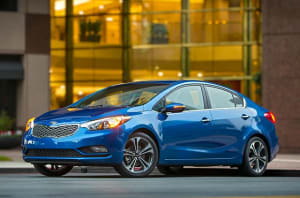