Last July, Lamborghini celebrated the assembly of its 1,000th Aventador. That was an impressive milestone for the $400,000-plus supercar, as its Murciélago predecessor took took nearly three years to accomplish the same feat. But the automaker's biggest and baddest bull has broken another milestone, as the Aventador celebrated its 2,000th vehicle produced last week. The Nero Nemesis (matte black) car rolled off the assembly line on June 6, destined to the garage of Thaddeus Arroyo, who lives in the States.

Originally launched as a closed-roof coupe at the Geneva Motor Show in 2011, the Italians introduced the open-roof LP 700-4 Roadster last fall at the Los Angeles Auto Show before allowing us to drive it in February of this year. Assembled in Sant'Agata Bolognese, Lamborghini's Aventador is currently running at a production rate of nearly five units per day.

Lamborghini has understandably been very pleased with its flagship, and customer demand shows no signs of faltering. According to the automaker, the waiting list for new car is longer than a year. Be sure to check out the press release below.
Show full PR text
Sant'Agata Bolognese, 6 June 2013 - The Lamborghini Aventador LP 700-4 achieved and important milestone in its history, with the 2,000th vehicle produced. The Nero Nemesis car, chassis number 2,000, rolled off the assembly line destined for the United States.

Following a test drive of the Aventador LP 700-4 during a Lamborghini event in Palm Beach, he was immediatley impressed by the extradaordinary performance of the car to the point that he decided to purchase it.

Tha Sant'Agata Bolognese plant's productivity has noticeably increased for the Aventador LP 700-4 compared to the previous flagship model: the Murcielago took four years and half before the 2,000th example rolled off the assembly line. Launched in 2001, the Murcielago reached the 2,000-vehicle milestone in March 2006. The Aventador has reached this milestone in just over two years, with production currently of nearly five cars per day.

In 2013 the Aventador LP 700-4 Roadster, the most extraordinary open top super sports car, joined the succesful coupe. Initial pre-order expectations for this model have been exceeded and the order bank for both versions covers more than one year. 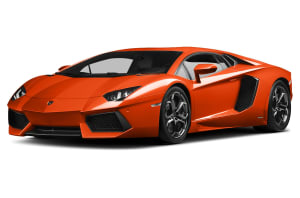