For a company that does a pretty great job of tying its vehicles to the environment – or, better said, to people who like to actually get out into the environment – Subaru hasn't exactly been a leader in green vehicle production. In fact, it's 2013 and the company is finally releasing its first-ever production hybrid, the XV Crosstrek Hybrid. Tom Doll, Subaru's executive vice president, admitted as much at the unveiling today at the New York Auto Show: "We at Subaru were not the first to market with a hybrid, but we sure made sure we did it right."

That may be, but for now the automaker doesn't want to tell us all the details of how right it is. We do know that the powertrain takes Subaru's 2.0-liter boxer engine and adds in a 13.4-horsepower electric motor and continuously variable transmission. All-wheel drive will be, of course, standard, and Subaru promises the XV Crosstrek Hybrid will offer the "same utility and versatility as the gasoline model," including 8.7 inches of ground clearance. The hybrid does weigh 300 pounds more, though, which required a re-engineered chassis.

The motor can move the lifted Impreza in all-electric mode up to 25 miles an hour (distance not specified). Subaru isn't talking precise fuel economy numbers, either, just that it will be the "most fuel-efficient all-wheel-drive crossover in America" and will unsurprisingly have start-stop functionality. We do hear, though, that the hybrid will get around 10-percent better fuel economy than the standard gas-only XV Crosstrek. The most efficient version of that car, the one with the CVT, gets 25 miles per gallon in the city, 33 highway and 28 combined. Whatever this hybrid XV Crosstrek gets, we expect Subaru'll sell a million in Portlandia. For more, scroll down to watch an official video and read the press release.

NEW YORK, March 28, 2013 /PRNewswire/ -- Subaru of America, Inc. today unveiled the brand's first-ever production hybrid vehicle, the Subaru XV Crosstrek Hybrid, at the 2013 New York International Auto Show at the Jacob K. Javits Center. Based on the popular XV Crosstrek crossover introduced for 2013, the 2014 XV Crosstrek Hybrid model arrives in Subaru dealerships fourth quarter of 2013. When the XV Crosstrek Hybrid goes on sale it will be the most fuel-efficient and lowest-emissions AWD hybrid crossover in America.

In developing its first-ever hybrid, Subaru chose one of its popular, go-anywhere crossover vehicle platforms. As a result, the new XV Crosstrek Hybrid offers all the capability and versatility of the gasoline XV Crosstrek. The added benefits of a hybrid powertrain, including higher fuel efficiency, broaden the vehicle's appeal. Key to this approach is that the XV Crosstrek Hybrid shares the gasoline model's Symmetrical All-Wheel Drive and chassis capability. For example, the 8.7 inches of ground clearance is the same as for the gas model and is higher than for some dedicated SUVs, while providing a low step-in height.

The Subaru XV Crosstrek Hybrid combines a 2.0-liter Subaru BOXER engine with a 13.4-hp electric motor that's integrated into the Lineartronic® Continuously Variable Transmission (CVT). A 100v, 13.5kw nickel-metal hydride battery is located under a revised rear floor area, and the engine uses and integrated starter/generator for the automatic start/stop feature. The compact hybrid system weighs just 209 lbs. and places the electric motor just behind the transmission and in front of continuously variable transfer clutch. With the addition of all the new features, the XV Crosstrek Hybrid weighs approximately 300 lbs. more than the gasoline engine XV Crosstrek.

Significantly, the 2014 Subaru XV Crosstrek Hybrid builds upon the utility and versatility of the gas model, while also offering enhanced handling responses and quieter driving performance.

The Active Torque Split version of Symmetrical AWD provides the same operation and benefits as in the gasoline model. The system sends power to the four wheels all the time and adjusts the torque distribution in response to acceleration, cornering and road conditions.

Passenger cabin room in the new XV Crosstrek Hybrid is essentially the same as in the gas model (0.7 cu. ft. difference), while the hybrid's maximum cargo room (rear seatbacks down) measures 50.2 cu. ft., vs. 51.9 in the gas model.

In addition to optimizing the 2.0-liter FB-series BOXER engine to reduce internal friction, Subaru applied a number of other efficiency-enhancing technologies to the XV Crosstrek Hybrid. An Auto Start/Stop system shuts down the gasoline engine when the vehicle is stopped. Brake regeneration works when the car is coasting or the driver has applied the brake, recapturing kinetic energy from the turning wheels to recharge the battery.

In addition to the different wheels, exterior enhancements readily differentiate the Subaru XV Crosstrek Hybrid from the gasoline model. "HYBRID" badges appear at the front edges of the front doors and on the tailgate. A new Plasma Green Pearl exterior color, exclusive to the XV Crosstrek Hybrid, spotlights the vehicle's environmental character.

Inside, the Subaru XV Crosstrek Hybrid features a clean, cool blue theme with silver trim to underscore the advanced hybrid engineering. The instrument cluster, exclusive to this model, uses gradations of the blue color scheme to provide a sense of depth.

The Color Multi-Function Display shows the hybrid system's energy flow according to driving conditions. Using switching screens, the display was designed to combine driving operation information with entertainment content, and its screen can be easily viewed from any seat.

Additional images and information can be found at: media.subaru.com

About Subaru of America, Inc.
Subaru of America, Inc. is a wholly owned subsidiary of Fuji Heavy Industries Ltd. of Japan. Headquartered in Cherry Hill, N.J., the company markets and distributes Subaru vehicles, parts and accessories through a network of more than 600 dealers across the United States. All Subaru products are manufactured in zero-landfill production plants and Subaru of Indiana Automotive Inc. is the only U.S. automobile production plant to be designated a backyard wildlife habitat by the National Wildlife Federation. For additional information visit www.subaru.com. 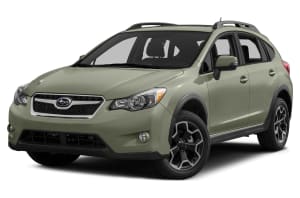