Evelyn Kanter
Audi is constructing a huge synthetic natural gas plant in Germany that demonstrates its commitment to renewable energy just as it provides some valuable R&D to help prove e-gas is economically and environmentally possible. The 44,000-square-foot plant is in Werlite, a small town in northwestern Germany near the North Sea, 217 miles north of company headquarters in Ingolstadt, near Munich.

The goal is carbon-free fuel, and it sounds far from easy. Wind turbines generate electricity to manufacture hydrogen by electrolysis, which then is used, along with CO2 captured from the air, to produce methane. Audi calls it e-gas.

Audi will be plugging into the power produced by a massive wind farm two miles off the coast of Zingst, a resort town along the North Sea. The synthetic gas would be distributed through existing CNG pipelines to gas stations. The e-gas plant is set to absorb nearly 3,000 metric tons of CO2 from the air annually, and feed 1,000 metric tons of e-gas into Germany's public natural gas network.

The demonstration plant, with what Audi is calling a Methanation reactor, is set to begin a test run in spring 2013. Audi also is marketing an A3 Sportback, designated as a TCNG, to run on the synthetic natural gas. The A3 Sportback TCNG arrives in dealerships in Germany late in 2013.

Generating your own power, or manufacturing your own fuel, seems to be the new thing for automakers. Last week, VW plugged in its huge solar park, which will power its LEED-certified factory in Chattanooga, TN to make the fuel-efficient Passat.
Show full PR text
Complete Commitment to Renewable-Energy Revolution in Cars

Ingolstadt; January 25, 2013 – The wheels of a dark green MAN-TGX truck tractor with semi-trailer very slowly start to move. It is just after nine p.m. and the sound of the 16.2-liter V8 engine fills the ice-cold air. In the days to come, this 680-horsepower engine must not only ensure the towing of nearly 150 metric tons. It also has to meet great expectations by helping pave a path to the mobility of tomorrow.

Its precious cargo? A methanation reactor manufactured by MAN, a sister company of Audi. Upon arrival at its destination – Audi's e-gas plant – this reactor will play a starring role.

After two police officers verify all the permits, the heavy-duty semi-trailer can finally depart – all 43 meters and 14 axles of it. At the wheel is Oliver Heisel. He cautiously depresses the gas pedal and the vehicle pulls away ever so slowly. Time is running out – he needs to cover 350 kilometers (217.48 miles) by morning. Yet Mr. Heisel cannot take the shortest route and he and his semi-trailer will have to zigzag around large population centers such as Cologne and Düsseldorf. His destination is Werlte, a small town in northwestern Germany.

It is in Werlte that Audi is constructing its e-gas plant on a site encompassing 4,100 m² (44,132.03 sq ft). Audi will soon begin producing a revolutionary fuel here known as e-gas. On the basis of green power, CO2 and hydrogen generated in a climate-friendly manner, e-gas will be manufactured as per the power-to-gas principle. This synthetic natural gas will be conveyed via the public natural gas network to CNG stations throughout Germany.

The first leg of the reactor's journey was by ship, via the Danube River from the MAN plant to Deggendorf's harbor. Cranes then transferred the reactor to the heavy-duty semi-trailer. And now the night shift begins.

In Germany, heavy loads generally may be transported by road from ten at night to six in the morning only, when there is little traffic. Because of the vehicle's wide load, other vehicles can pass it only if there are more than two lanes. Otherwise, drivers must follow the escort police vehicle at about 45 km/h (27.96 mph).

Why is Audi putting so much time and effort into this? Why Werlte? Why not Ingolstadt, Audi's principal site? The goal is CO2-free mobility. This necessitates using alternative sources of energy – such as wind power – to generate electricity. And there is an overabundance of wind in northern Germany. During the manufacture of e-gas, CO2 that would otherwise make its way into the atmosphere is absorbed from surrounding air. When fuel is combusted in the engine, this same amount of previously absorbed CO2 is released. This results in a completely closed CO2 cycle and an outstanding environmental footprint.

At any rate, the colossal vehicle must cover 782 kilometers (485.91 miles) from one end of Germany to the other. A car driver would need just eight hours. But the reactor – 16 meters (52.49 ft) long, 5.80 meters (19.03 ft) wide and 3.60 meters (11.81 ft) high – will spend eight nights on the flatbed semi-trailer. Heavy snowfall alters the itinerary time and again. The trip proves to be an endurance test for man and machine alike. Drivers Oliver Heisel and Rudi Lauer frequently use a two-way radio to communicate with Detlef Ackermann in the pilot vehicle.

Mr. Ackermann sees things that the truck drivers cannot from their cab. "If it weren't for the help from our crew, everything would be much more difficult and time-consuming. And whenever there isn't enough room for our vehicle, Detlef and my co-driver Rudi clear the way," adds Oliver.

Audi's plot of land in Werlte remains a construction site for now. But as soon as the snow melts, the plant will begin its trial run. Testing will be completed in summer 2013. As of then, some 1,000 metric tons of e-gas will be fed annually into the public natural-gas network. The plant is set to absorb about 2,800 metric tons of CO2 every year – roughly equivalent to the CO2 uptake of 224,000 beech trees in a year. And the first series production vehicle that runs on this innovative fuel is also in the pipeline: the Audi A3 Sportback TCNG, set to appear in dealerships in late 2013. This model will help blaze a trail to a promising future. Down the road, 1,500 TCNG vehicles will cover 15,000 kilometers (9,320.57 miles) each with no carbon footprint – thanks to the e-gas produced in Werlte.

But the truck tractor and cargo must first complete its journey. The heavy-duty semi-trailer encounters another obstacle. The trip grinds to a halt as they try to access the A3 roadway; the curve is too tight.

The fix-it squad must now find a solution. Detlef and Rudi quickly remove some black-and-white traffic delineators and disassemble a speed-limit sign blocking their route. People may drive 40 km/h (24.85 mph) here. That does not interest Oliver at the wheel, however. He has no choice but to proceed at a snail's pace. It is now one in the morning. Their thermometer indicates five degrees Celsius and it is drizzling. "Wonderful weather for setting up signs," deadpans Rudi after returning everything to its proper place and wiping raindrops from his face.

But the trickiest task of this shift still lies ahead. A road closure due to construction forces the crew to exit the A31 Autobahn near the town of Coesfeld. Their only option is a slower, narrower roadway. That entails one traffic island after another in every small town for the next 20 kilometers (12.43 miles). The procedure is the same every time. The transport team must slowly approach the bottleneck. Remove all obstacles – with an angle grinder, if need be. Cover the rain-soaked roadsides with metal slabs to prevent the vehicle – and its cargo weighing many tons – from getting stuck in the mud.

Should the driver be unable to maneuver forward, his helpers in yellow reflective clothing can get out and help. More specifically, they can individually control each axle module of the heavy-duty semi-trailer. Yet not even that gets the job done at one of many intersections. Traffic lights and street lights are positioned so unfavorably that the vehicle, 40 meters (131.23 ft) long, gets stuck. At three a.m., the heavy-duty vehicle suddenly resembles a beached whale. But Oliver and Rudi are pros. They unscrew the rear bumper in a jiffy to provide the necessary wiggle room. Problem solved, but time lost. The roadwork detour cost them three hours. The crew will not reach its intended destination for this shift. At six in the morning, the police guide the truck into a parking lot for heavy-duty vehicles. Unwanted downtime once again en route to northern Germany.

The e-gas plant in Werlte will solve a considerable problem associated with the renewable-energy revolution: namely, the storage of surplus electricity. At present, the power grid cannot always transmit enough electricity from coastal Germany in the north to locales in southern Germany that require large quantities. If surplus electricity is converted to methane – as at Audi's e-gas plant – then this energy can be stored in the natural-gas network and subsequently distributed.

Only the next night does the semi-trailer arrive on Loruper Straße in Werlte. But the truck tractor with semi-trailer is too large, too wide and too heavy for the 300 meters (984.25 ft) of access road to the plant. A smaller tractor-trailer truck transports the reactor the rest of the way and it is then off-loaded by crane.

After eight months of manufacture and eight adventurous nights on the road, the reactor from MAN Diesel & Turbo, Deggendorf has arrived at long last at Audi's e-gas plant in Werlte! What's more, Oliver and his crewmates can once again sleep at night. 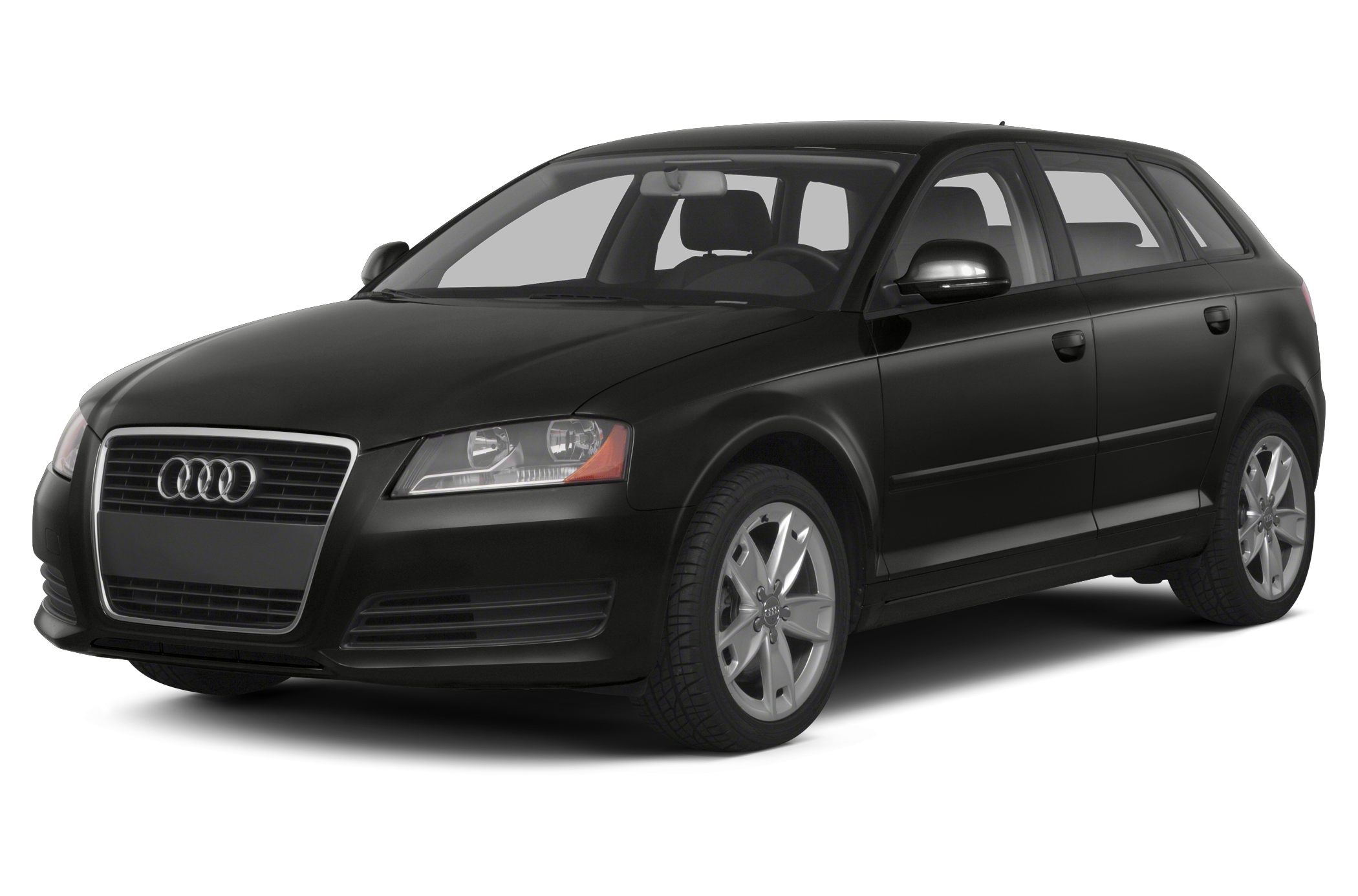