Mini again plucks a London landmark as the appellation for a special edition, the Mini Clubman Bond Street joining the Mayfair and Camden, and Bayswater and Baker Street editions of the recent past. You'll recognize the formula of primary color and polished contrasting color, in this case its Midnight Black Metallic for the main event and Cool Champagne for the highlights like the roof, mirror caps and trim rings on the 17-inch alloy wheels. Inside it's Carbon Black leather set off by surfaces in Deep Champagne and the Chrome Line package.

It will premiere at the Geneva Motor Show in March before going into production for a limited run that same month. Four engines will be offered, with on-the-road prices ranging from 20,275 pounds ($31,961 US) in the UK for the 122-horsepower gas engine to 24,045 pounds ($37,918 US) for the 143-horsepower SD diesel version. A press release below will tell you all you wish to know.
Show full PR text
MINI CLUBMAN BOND STREET: AN EXCLUSIVE SPECIAL EDITION INSPIRED BY LONDON'S FAMOUS SHOPPING STREET

Due to premiere at the 2013 Geneva Motor Show, the MINI Clubman Bond Street fuses the inherent practicality and superb driving dynamics of the Clubman, with a unique interior and exterior interpretation that reflects the style of this most upmarket of London addresses. Production will begin in March 2013, and like many of the goods retailed in the street that bears the same name, such exclusivity will only be available for a strictly limited period: the MINI Clubman Bond Street will be on sale for a limited time only.

The MINI Clubman Bond Street is finished in a distinctive and lustrous Midnight Black Metallic for the exterior, with a contrasting roof, exterior mirror caps, bonnet stripes and the lower sections of the C-pillars all finished in Cool Champagne. Distinctive light-alloy wheels further distinguish this exclusive Clubman: a twin spoke 17" design in black with a highlight being the trim ring around their edge in Cool Champagne. Further embellishment comes from the 'Bond Street' script applied to the side indicator surrounds and on the doors' sill protection strips.

Inside, lounge leather sports seats are finished in Carbon Black with contrast piping and stitching. The instrument panel is covered in Black/Carbon Black leather, while other interior surfaces are finished in Deep Champagne. The Chrome Line interior package adds the final flourish to a highly distinctive and truly premium cabin ambience.

As with every MINI, customers can enhance the appeal of their car further using the extensive options list of comfort, convenience, design and technology features. 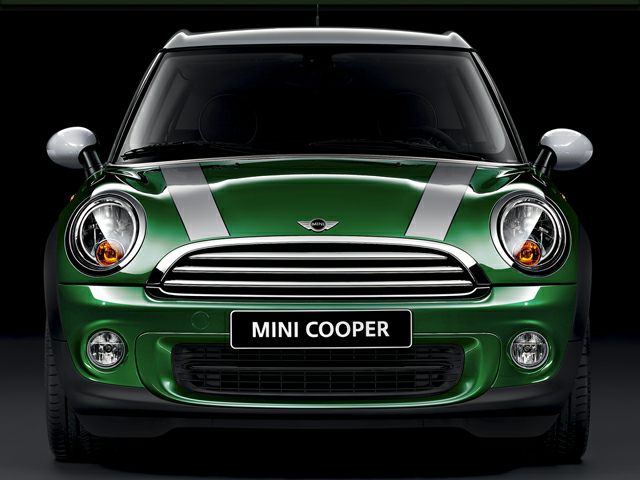