There has never been a four-door diesel sedan in the Grand-Am series, until now: The blunt, bewinged grille of the Mazda6 GX has blown right through that wall. It's said that racing improves the breed, but usually the breed has gone on sale when the racing begins. One of the unusual aspects of the Mazda6 GX, on the other hand, is that while the diesel won't go on sale to the public until later this year, it will already have tasted racing blood by the end of the day. That kind of reversal is more likely found with super coupes like the Lexus LFA and Honda NSX.

Mazda has taken class wins at Daytona's 24-hour race a whopping 23 times since 1975, most recently in 2010 with the RX-8 in the GT class. This year the Hiroshima company decided to show off its SkyActiv technology, then turned things up to eleven by opting for its SkyActiv-D instead of the more conventional SkyActiv-G gas engine to run in the new GX class. It will be joined by competitors like the Lotus Evora and Porsche Cayman in the class, nevertheless, at 2.4 liters, it's the smallest engine on the grid.

Time has not been a friend, either – Mazda said that the first five SkyActiv-D engines off the production line went to Speed Source in Coral Springs, Florida, the company that preps Mazda's race vehicles. Still, race driver Jonathan Baumarito on the #70 car said that although the engine's been on the dyno since February of last year, it's only been in the car for about a month and there have been only a couple of test days.

Speed Source owner, team driver and multiple 24-hour winner Sylvain Tremblay – he drove in the teams that won in 2008 and 2010 in the RX-8 – said the big challenge right now is getting the gearing right. Both Tremblay and Baumarito said that the diesel's torque is a plus through the Bus Stop section at the back of the course, entered after coming off the high-speed banked turn. But Tremblay said that the first infield section of horseshoes is more trying because the SkyActiv-D needs to be on boost to get its power on, and that doesn't happen until after 3,500; maintaining that through slow-speed turns and having enough to get the job done through the high-speed ovals is the test.

There are three Mazda6 GXs competing, Everyone is cautiously optimistic about how things might go during the race, but in fairness this has to be looked at as a 24-hour testing session. Road & Track rode shotgun for a lap in the #00 Visit Florida Racing car, you can check out the sounds of diesel at Daytona in the video below. 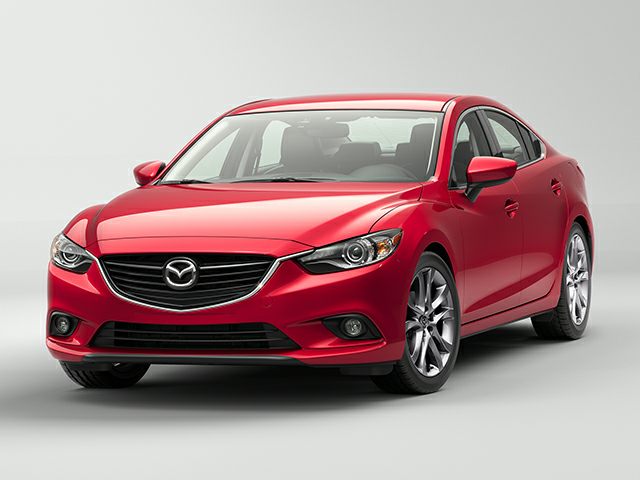