Jonathon Ramsey
If the Super Bowl were Las Vegas, Hyundai would be considered one of its whales. The South Korean automaker will be advertising for the sixth straight year during The Big Game, and this time it's rolling up with five spots, four of them new. The new 2013 Santa Fe gets the star treatment, featuring in three of the spots, but the theme throughout is using "a Hyundai vehicle as the ultimate sidekick and partner-in-fun."

The four brand new commercials are: The fifth spot, which has already aired, is called "Don't Tell" and you'll find it along with a press release below.

COSTA MESA, Calif., January 23, 2013 – In its sixth consecutive year as a Super Bowl advertiser, Hyundai tackles the Big Game action with five game-day ads, including four all-new spots. Two of the new ads are slotted for the pre-game show and two are scheduled to air in-game. With clever interpretations of real life moments that position a Hyundai vehicle as the ultimate sidekick and partner-in-fun, Hyundai aims to take a tongue-in-cheek approach to Super Bowl advertising. The spots use humor to highlight vehicle performance and function in a fun and memorable way. Creative was developed by Hyundai's agency of record, INNOCEAN USA.

Headlining the Super Bowl advertising blitz is Hyundai's 60-second pre-kick spot titled "Epic PlayDate." Inspired and made possible by the all-new seven-passenger Santa Fe, the ad takes viewers on an unforgettable and epic play date with the Santa Fe as a key player, packing in fun for the whole family. The ad features a cameo and soundtrack of a brand new track written exclusively for Hyundai by a legendary alternative rock band.

"Team," a 30-second in-game spot running in the first quarter, is a pint-sized ode to the action movie genre. A unique twist on a classic 'tables turned' tale, we follow a young boy as he recruits his own dream team to take on the neighborhood troublemakers. The all-new seven-passenger Santa Fe once again takes an active role helping the young boy and his mom gather a team to step up to the challenge.

"Stuck," a 30-second in-game spot running in the second quarter, takes viewers on a classic American road trip. In a tale told with observational humor and a little bit of empathy, viewers are taken on a journey through the eyes of a young couple as they encounter and get "stuck" behind some unexpected things on the road. But through it all, the Sonata Turbo allows them to dodge and quickly pass the obstacles with ease.

The fourth 30-second spot, "Excited," airs during the pre-game show with a voiceover any true sports driving enthusiast will recognize. The commercial features a 429-horsepower, 8-speed Genesis R-Spec racing around a track as the dramatic play-by-play is voiced by the eminently passionate sportscaster, Gus Johnson.

"Cars have become more than just a means of transportation – they can play an active role in empowering us throughout our everyday adventures, large and small," said Steve, Shannon, vice president of Marketing, Hyundai Motor America. "This year we developed a creative campaign that demonstrates the many ways that Hyundai is 'there for you' as a true partner-in-fun. Whether it's swiftly and safely maneuvering the unforgiving road in a Sonata Turbo or piling everyone in the Santa Fe for the ultimate play date, Hyundai is the perfect companion throughout all life's experiences."

The fifth and final spot "Don't Tell", which cleverly celebrates quality family time with Mom and Dad, will air during the pre-game show.

The all-new Santa Fe is the most valuable player this year, starring in three of the five Super Bowl advertisements. Santa Fe delivers Hyundai's recipe of bold design, high-output powertrains with Gasoline Direct Injection (GDI) and a host of features to please drivers and passengers with high expectations for functionality, versatility and comfort.

"The creative for this year's Super Bowl is the most innovative work we have created for Hyundai to date," said Greg Braun, executive creative director at INNOCEAN USA. "Hyundai connects with consumers by continuously being culturally relevant, and these new spots are a clear expression of that notion. Our Super Bowl campaign as a whole is meant to tell fun, relatable stories that depict our heroes - the people who drive our cars - and ultimately relay the message that Hyundai vehicles enable and inspire them to participate in the fun moments in life."

Hyundai is also leveraging various social media channels to add an interactive element to the campaign that will drive additional anticipation and awareness for the Super Bowl spots. Using the social power of Facebook, Hyundai offers viewers an entertaining dual-screen experience that really allows them to get in the game.

HYUNDAI MOTOR AMERICA
Hyundai Motor America, headquartered in Costa Mesa, Calif., is a subsidiary of Hyundai Motor Co. of Korea. Hyundai vehicles are distributed throughout the United States by Hyundai Motor America and are sold and serviced through more than 820 dealerships nationwide. All Hyundai vehicles sold in the U.S. are covered by the Hyundai Assurance program, which includes the 5-year/60,000-mile fully transferable new vehicle warranty, Hyundai's 10-year/100,000-mile powertrain warranty, and five years of complimentary Roadside Assistance. 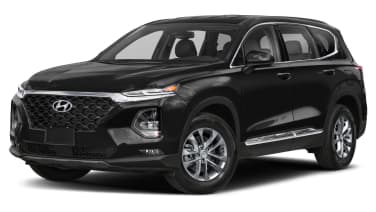 $1,099 - $1,744 Nat'l avg. savings off MSRP
See Local Pricing
I'm not in the market for a vehicle at this time. Please move this suggestion to the side for 30 days.
Huge Savings