We're not sure if you heard, but Chrysler likes to celebrate the fact that it's from Detroit. You know, with the whole " Imported from Detroit" campaign featuring Eminem? It seems brand synergy may have reached its peak in the form of the Chrysler 300 Motown. According to Chrysler, this special edition sedan sedan "pays tribute to the Motor City's resurgence and determination through Detroit-born style and world class ingenuity." In real terms, that means extra chrome bits here and there, including a chrome grill and 20-inch polished "heritage" style aluminum wheels, all accented with black Chrysler and "Motown" badges.

Inside, the 300 Motown gets unique Pearl White Nappa leather seating, while the rest of the interior fittings are black. In a nice nod, the Uconnect 8.4 infotainment system's SD card reader has been pre-loaded with 100 tracks from original Motown artists. That collection of music pumps though the 10-speaker Beats Audio system, complete with 12-channel amplifier. The 2013 Chrysler 300 Motown is set to arrive this spring, with an MSRP of $32,995, which does not include a $995 destination charge.

This special edition is no random celebration of Detroit's music, as "Motown: The Musical" is arriving to the Lunt Fontanne Theater in New York City today. To that end, Chrysler has a new television spot, featuring Berry Gordy Jr., founder of Motown Records. Check out the video and learn more about the new 300 Motown by scrolling below.

Auburn Hills, Mich. , Dec 20, 2012 - The Chrysler brand is continuing to build upon the heart, soul and the passion of Detroit with a new 60-second commercial titled "Who We Are". The commercial showcases the new 2013 Chrysler 300 Motown Edition and features legendary Motown founder and Detroit native Berry Gordy, taking you through his journey from humble beginnings in Detroit to the bright lights of New York's Times Square and home of the new Broadway Musical, MOTOWN: The Musical. "Who We Are" will make a broadcast debut on Thursday, Dec. 20.

"Berry Gordy is a true inspiration and has paved the way to signify the sound and the drive that reflects the spirit of Detroit and the people who live in it," said Olivier Francois, Chief Marketing Officer, Chrysler Group LLC. "It is a privilege to have such a legendary icon partner with the Chrysler brand and the 300 Motown Edition."

"The Chrysler brand's imagination moved the world, while our rhythms forever changed music adding a sound and uplifting spirit that could only be from the Motor City. And our new Chrysler 300 Motown is a tribute to both," said Saad Chehab, President and CEO – Chrysler Brand, Chrysler Group LLC. "More than just a brand partnership, our collaboration with Motown Records elevates our
    
 passion to express our Detroit roots further and inspire a new limited-edition 300 sedan that embodies the soul and originality of our city."
The spot opens with Berry Gordy sitting in the backseat of the Chrysler 300 Motown Edition parked outside the Motown Museum in Detroit, the building where Motown Records was created. As the car pulls away the voiceover begins to tell the story of sound and drive of the city of

Detroit, a sound that still moves people and a drive that allows it to overcome any challenge that comes its way.
As he drives through the streets, images of a young Stevie Wonder, Smokey Robinson and the Miracles, the Supremes and the Temptations flash across the screen and viewers are taken through iconic visuals of the streets of Detroit and eventually transported to the streets of New York where Berry Gordy's destination is revealed in front of the MOTOWN: THE MUSICAL marquee at the Lunt Fontanne Theatre in New York City. The spot ends with Berry Gordy stepping out of the vehicle and saying, "We are Motown, and this is what we do" and announces the musical coming to Broadway in March of 2013.

Inside, the new 2013 Chrysler 300 Motown is further proof that style and luxury can come from a place like the Motor City. Unique Pearl White Nappa leather seating with perforated inserts are surrounded by a black interior environment for a contemporary look. Tying in the contrasting interior theme are black piping and accent stripes on the seats, while a debossed "Motown" logo on the front seatbacks provide thoughtful detail. Extensive use of Piano Black on interior center stack, instrument panel, steering wheel, gauge cluster and door panel elements provide a uniquely lacquered and highly detailed appearance. Completing this special-edition interior environment are authentic Black Olive Ash wood trim and satin silver finished accents.

Once limited to premium import vehicles costing twice as much, the Chrysler 300 Motown features a segment-exclusive ZF eight-speed automatic transmission paired with its award-winning 3.6-liter Pentastar V-6 engine for best-in-class V-6 fuel efficiency with up to an EPA estimated 31 highway mpg. With 292 horsepower on tap and a state-of-the-art transmission design, the Chrysler 300 Motown delivers world-class precision and refinement.

The 2013 Chrysler 300 Motown arrives at Chrysler dealerships nationwide in the spring of 2013 and has a U.S. Manufacturer's Suggested Retail Price of $32,995 excluding $995 destination charge.

The spirit of hard work. Earning your place without forgetting where you're from. That's what the Chrysler brand and its vehicles are all about. Integrating the first eight-speed automatic transmission in a domestic luxury sedan, the 2013 Chrysler 300 sedans offer world-class innovation and quality while delivering stylistic distinction and premium features with legendary value. Chrysler's 200 sedan inspired the brand's identity: "Imported from Detroit." The 2013 Chrysler 200 sedan delivers exceptional value without compromise with sophisticated design, high-quality craftsmanship, and technology. The Chrysler 200 Convertible-with a power soft or hardtop-offers an open-air experience featuring elegant craftsmanship. The 2013 Chrysler Town & Country minivan is beautifully crafted with high-quality, soft-touch materials and tech-savvy entertainment features and smart storage. Standard leather Stow 'n Go® seating, overhead DVD, and more than 40 safety and
security features are some of the Town & Country's innovative offerings.

About MOTOWN: THE MUSICAL

MOTOWN: THE MUSICAL is the real story of the one-of-a-kind sound that hit the airwaves in 1959 and changed our culture forever. This exhilarating show charts Motown Founder Berry Gordy's incredible journey from featherweight boxer to the heavyweight music mogul who launched the careers of Diana Ross, Michael Jackson, Stevie Wonder, Smokey Robinson, Marvin Gaye, and so many more.

Featuring all the classics you love, MOTOWN: THE MUSICAL tells the story behind the hits as Diana, Smokey, Berry and the whole Motown family fight against the odds to create the soundtrack of change in America. The music that shattered barriers, shaped our lives and made us all move to the same beat finally comes to Broadway in the season's most anticipated world-premiere event. 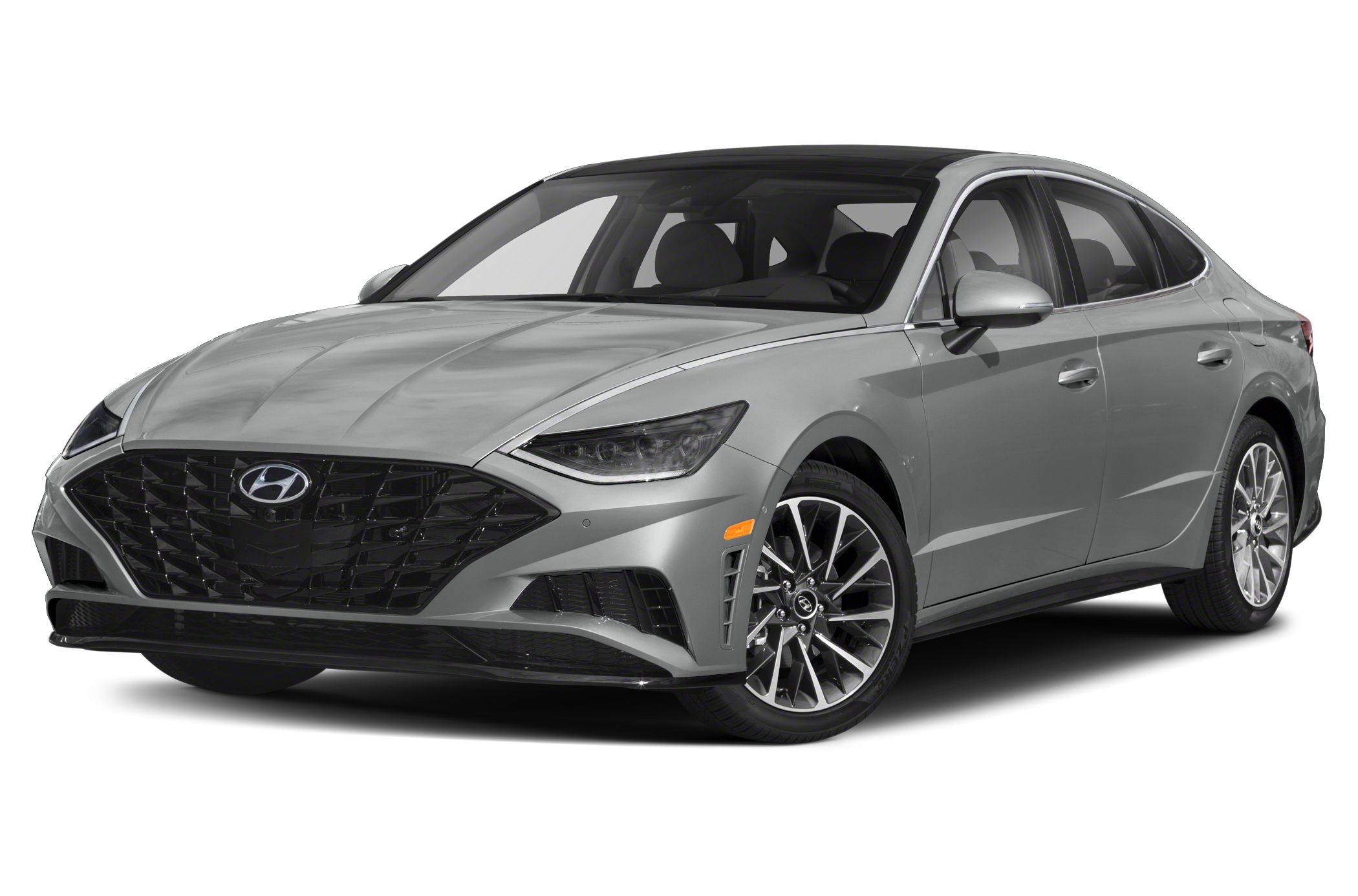