The 2013 Lexus ES has earned a five-star crash rating from the National Highway Traffic Safety Administration. The 2013 ES 350 and ES 300h hybrid earned the highest ratings in each of the government's crash evaluations, including overall driver safety, frontal crashes and overall side impacts, save one. The sedan only achieved a four-star rating in the NHTSA rollover protection test, but that fault wasn't enough to keep the vehicle from earning a five-star designation overall.

The announcement doesn't mention the recent Consumer Reports claim that the ES comes with a faulty emergency trunk release that can be easily broken in a panic situation. 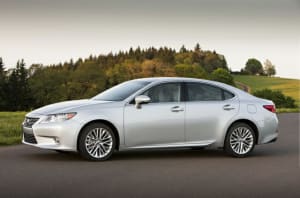