After our many drives of the new 991-generation Porsche 911 Carrera over the past 18 months, we've felt at times that this more gran turismo-like 911 with its wider tracks and 3.9 inches of extra wheelbase would be particularly well suited to an all-wheel-drive setup. And so we went, over stunning and sunny autumn roads in Austria not far from the border with Slovenia where there was shockingly little traffic anywhere to be seen. It felt like the mountain roads had been set aside just for us and this latest 911 iteration, the Carrera 4S. Complain, we didn't.

With relatively little time to test the various Carrera 4 and 4S configurations when we arrived, we chose one from the bunch and stuck with it: a fairly loaded-to-the-max 394-horsepower 911 Carrera 4S Cabriolet in Racing Yellow with a black soft top, blackened 20-inch Carrera S wheels and optional seven-speed PDK transmission. Base price with destination charge for a Carrera 4S cabrio will start at $118,480 when it arrives in the US near April 2013. As tested, however, ours ran to $160,665, or what you might legitimately call a trunk full of dough. If you want a C4 or C4S 911 for something approaching just a duffle bag of dough, the coupes arrive earlier, near the start of 2013 soon after the Detroit Auto Show, priced at $91,980 for the 345-hp Carrera 4 hardtop and the 4S version starting at $106,580.

Be it 4 or 4S, with the cabrio we're talking about a very rich person's 2+ 1 ragtop – two humans are not fitting back there, sorry. The money spent has become less and less the issue because such cars as these are all now priced in the stratosphere. Enough people worldwide can afford them to the point where Porsche has no worries selling them. And with the 911 lineup now accounting for around 20 percent of total Porsche sales – and a Carrera 4S cabriolet being just a small slice of that slice – there are even fewer things to worry about. Let's get on with it then. One added note: Racy yellow would be a tough choice if we were purchasing.

We've at last experienced all of what this latest 911 chassis is capable on public roads.

From the start of four-wheel drive being offered for the 911 in 1989, Carreras thus equipped have accounted for 41% of total purchases. This means that Porsche has probably got the dynamics of sports car all-wheel drive down pretty well. And they do. Thanks to additional traction and stability innovations since the middle of the '00s with the last generation 911 (i.e. 997 phases I and II), the larger footprint of this new 991 model and the 50+ pounds that were shed between the two gens, the latest 911 Carrera 4S cabriolet is a remarkably composed piece of driving.

If we've given the impression that the roads on this day were dry and warm, and that little use was therefore made of either the electro-mechanical four-wheel drive with Porsche Traction Management, the Getrag front differential, Porsche Stability Management, Porsche Active Suspension Management, Porsche Torque Vectoring Plus with ZF fully variable locking rear differential, Porsche Dynamic Chassis Control or standard 20-inch Pirelli P Zero tires, then we have erred mightily. There was coldness in the air all day and the moisture left by low-level fog, together with the wet fallen leaves, needed to be taken into account through many an inviting curve. Given this set of driving circumstances that were at once both utterly tantalizing and potentially dangerous, we at last experienced all of what this latest 911 chassis is capable on public roads.

The endless possibilities of the Porsche options list seems to promote cross-model cannibalization.

With all of what we need performance-wise on board our 911 Carrera 4S cabrio – including the $2,950 sport exhaust, $1,850 Sport Chrono package and $8,250 carbon ceramic brake discs – we were playing with all the buttons to find what we liked. There's a clear demarcation between the Normal, Sport, and Sport Plus modes that one can poke on or off all day long. We preferred placid yet authoritative cruising in the unlit Normal mode while in town, then switching up to the Sport settings, with only a few little red lights lit, while out on long-legged two-lanes and driving with a modicum of gusto.

Once the hairpins start and the pavement is smooth, it is all Sport Plus, folks, and no apologies are necessary. Should you opt for the $17,800 Carrera S Powerkit from the Exclusive catalogue, the most important end result of which is the 424 SAE-rated horsepower? It's actually a valid add-on that incorporates other individual options that would cost you more if taken one by one. So, yeah, sure, grab it. The price is already arguably silly, so why not get your Carrera 4S cabrio to cost even more than a $172,100 523-hp Type 997 II Turbo S cabrio? Or a $175,300 542-hp Panamera Turbo S? This is the persistent challenge of the endless possibilities presented by the Porsche options list; it seems to promote cross-model cannibalization.

It carries 110 pounds of extra weight versus the rear-wheel-drive Carrera S cabriolet.

What all of this onboard tech has finally really and truly established in this more stretched 911, and especially in this all-wheel-drive setup, is spectacular everyday dynamics in a sports car with the engine mounted in the wrong place. If we like the fact that the 991 Carrera 2 and 2S no longer get too light and yippy in the front at high speeds and under highly entertaining duress through masses of curves, this satisfaction is even greater with this very quick-thinking Porsche Traction Management chassis.

The 110 pounds of extra weight versus the rear-wheel-drive Carrera S cabriolet (3,384 pounds for this C4S cabriolet with PDK, the latter weighing 44 pounds more than the seven-speed manual) are lumped predominantly onto the front half of the car. By the same token, the all-wheel-drive system not only makes it safe to drive year-round in any sort of inclement weather, but also effectively removes any handling issues that might have to do with said added weight.


The 911 has received myriad chassis tweaks that differentiate these four-wheel drivers from rear-wheel-drive models.

Being the precision-obsessed science project it can sometimes be – whether with aficionados, private racers or the car's Weissach engineers – the 911 has received myriad chassis tweaks that differentiate these four-wheel drivers from the rear-wheel-drive models, and also the Carrera 4S from the Carrera 4 version. Suffice it to say that the front toe-in and camber are both set up more aggressively on the S models with the standard 20-inch set – Pirelli P Zero, 245/35 ZR20 91Y front and 305/30 ZR20 103Y rear. The other key change has to do with the larger diameter front and rear anti-roll bars on the S models, those on the rear of the Carrera 4S being larger diameter still than those on the Carrera 4. The end effect here versus the Carrera 2 or Carrera 2S is simply greater overall stability and responsiveness, and better hook-up whenever needed.

And, maybe we're loopy a bit, but the new ZF electro-mechanical steering combined with these 4x4 chassis characteristics works more precisely than it does with the rear-wheel-drive 911s. It felt as tractable as it does on the new mid-engined Boxster or Cayman chassis.

Up until now, all Porsche sports cars seemed somewhat unconcerned with the voice they produced via the exhaust, becoming famous for a somewhat thinner rasp. When we drove the 991 Carrera 2 and Carrera 2S last year, we were introduced to the new sport exhaust. It was a clear improvement. Then came the 981 Boxster we drove earlier this year and the new sport exhaust went wild. Apparently the Porsche boffins are sick and tired of hearing these comments regarding their cars' exhaust tones. Coming now to this fully optioned C4S cabrio, the sport exhaust finds a near perfect happy medium especially when the direct-injected 3.8-liter flat-six engine spins between 4,000 and 6,500 rpm as the 325 pound-feet of torque hit shove mode.

We drove the only car in Porsche's test fleet for this event equipped with the seven-speed manual shifter and loved that situation for all the right reasons, even though seventh gear is positioned out to the right a bit too far to feel normal. The $4,080 PDK seven-speed with proper paddles (that are now standard with PDK) gets a foot up on this new manual, we must reluctantly admit. It is faster at everything – 4.0 seconds to 60 miles per hour with Sport Plus and PDK in the coupe 4/4S, 4.2 seconds thus in this cabriolet – and consumes less fuel. We could join the 40 percent of US customers wanting the manual if only because we love that interaction with our right hand and left foot. But to go quicker, smoother and with less effort on road or track, it's PDK.

As we suspected, the 4 or 4S setup on this Type 991 911 is indeed a better drive, and not just for all-season sports car use. At these more civilian trim levels, it is the better driver every day no matter where you live. Now we await the new Turbo and GT3 versions of this 991. They all cost so much money these days, yes, but they're all proving to be just so damned good. 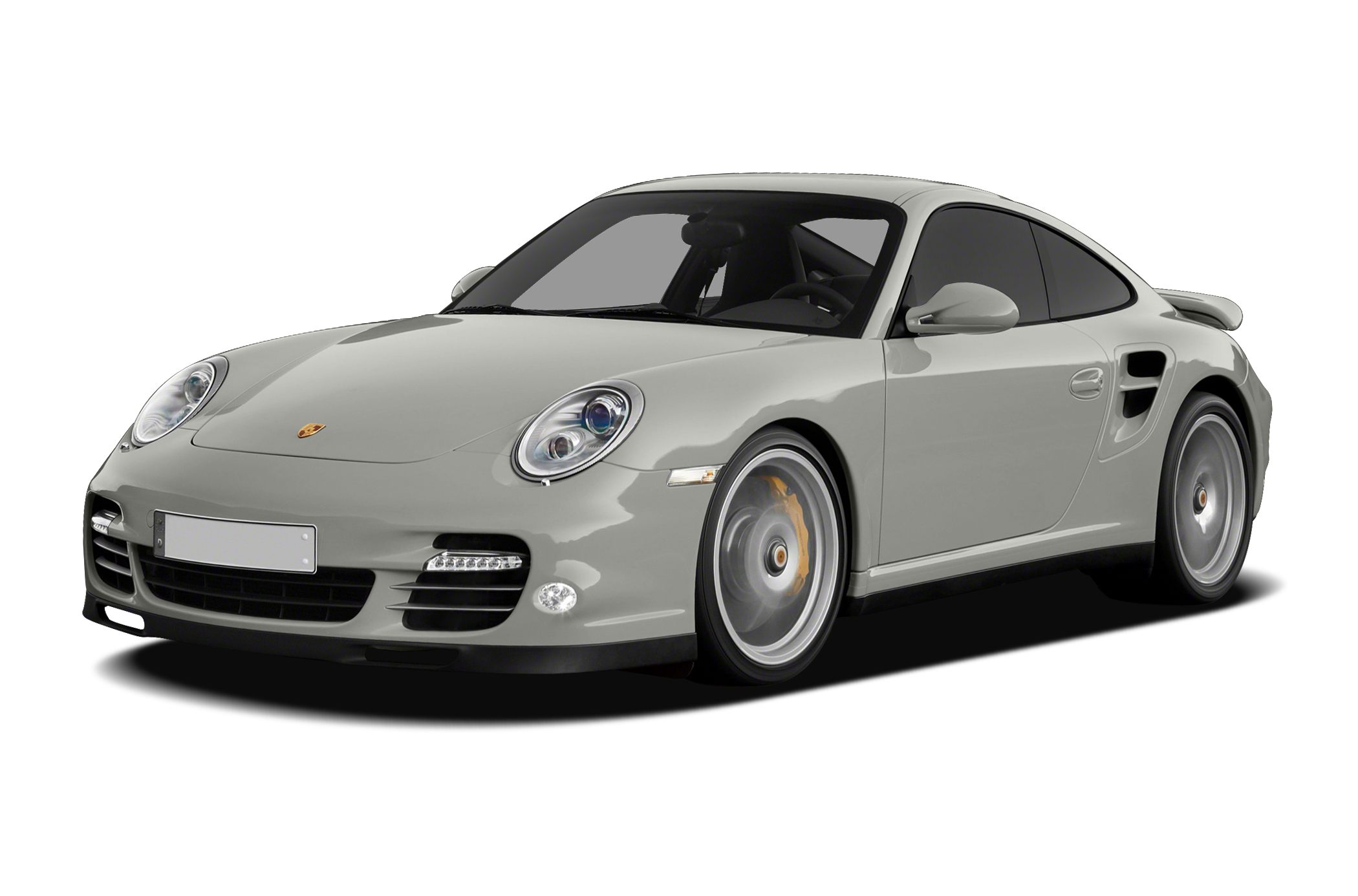