The GMC Terrain and Chevrolet Equinox twins have been hot sellers since they went on sale in 2009, but even with strong sales, it's still somewhat surprising to hear that the millionth crossover underpinned by the latest Theta platform has already rolled off the assembly line. According to General Motors, a silver 2013 GMC Terrain has just become the milestone model at its CAMI plant in Ingersoll, Ontario.

Both Chevrolet and GMC models are still selling well. Through September of this year, each line has seen double-digit percentage increases over 2011, and a new, more powerful V6 added to the lineup should help to sell a few more units each month. On their current pace, the Equinox is likely to sell just over 200,000 units in 2012 (compared to 149,979 units just two years ago) while the Terrain should have no problem topping 90,000 units for the year (up from 60,519 units in 2010).

Demand has been so high for the platform mates over the last several years that production capacity has been added in Oshawa, Ontario and more recently, Spring Hill, Tennessee.
Show full PR text

INGERSOLL, Ontario – A quicksilver metallic 2013 GMC Terrain Denali drove off the assembly line at GM's CAMI plant this week, marking 1 million vehicles produced on the architecture that underpins the GMC small SUV and the Chevrolet Equinox.

Both Terrain and Equinox launched in 2009 as 2010 models. Combined sales of the two entries in the small SUV segment have grown every year since, with sales more than doubling from 138,248 units in 2009 to 283,491 units in 2011. Through the first nine months of 2012, General Motors leads the segment in sales, ahead of the Honda CR-V, the Kia Sportage/Hyundai Tucson and the Ford Escape.

"Small SUVs attract buyers with diverse personal preferences but a common need for space and versatility," said Alan Batey, vice president of GM Sales, Service and Marketing. "With Equinox and Terrain, we can deliver on those core attributes while offering two very different design and packaging propositions. Chevrolet and GMC are both stronger brands with these vehicles in their showrooms."

For the 2013 model year, the Equinox and Terrain offer voice-activated connectivity and an optional 301-horsepower V-6. The Terrain Denali also joined the lineup in 2013.

According to Kelley Blue Book's KBB.com, the CUV segment will increase 8 to 10 percent in sales by 2015 as consumers continue to seek fuel-efficiency, utility and affordability in a single package.

In addition to GMC and Chevrolet production in Ingersoll, the Equinox is produced at facilities in Oshawa, Ontario and Spring Hill, Tenn.

General Motors Co. (NYSE:GM, TSX: GMM) and its partners produce vehicles in 30 countries, and the company has leadership positions in the world's largest and fastest-growing automotive markets. GM's brands include Chevrolet and Cadillac, as well as Baojun, Buick, GMC, Holden, Isuzu, Jiefang, Opel, Vauxhall and Wuling. More information on the company and its subsidiaries, including OnStar, a global leader in vehicle safety, security and information services, can be found at http://www.gm.com. 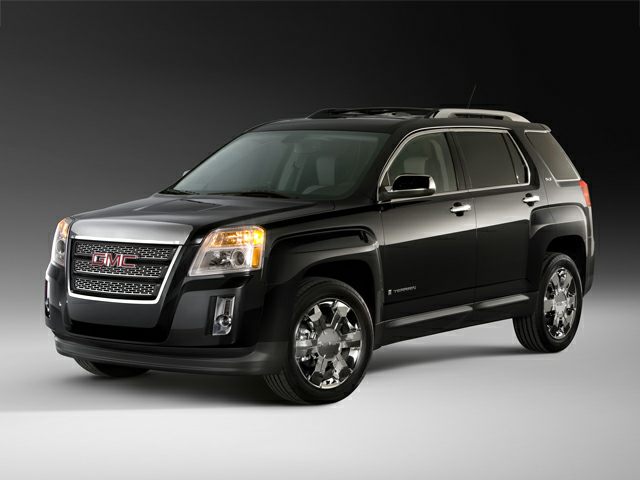