Scott Burgess
Subaru has released two pictures and some preliminary details of the all-new 2014 Forester that will make its public debut at the Los Angeles Auto Show in November.

The exterior adds some more refinement and the turbo model loses its iconic hood scoop – something some of us are glad to see go. Instead, the turbocharged Forester receives a unique front fascia, seen here in the image above. Subaru says that the Forester's fuel economy will improve, but final numbers have not been released. The Forester will debut a new six-speed manual transmission and a Lineartronic continuously variable transmission. (The CVT includes either six- or eight-speed manual modes so you can swap through the 'gears'.)

The fourth-generation Forester also features a new suspension and 8.7-inches of ground clearance for any tough off-road obstacles.

CHERRY HILL, NJ, November 1, 2012 – Subaru of America today released the first official photos of the all-new 2014 Forester crossover SUV, which will make its North American debut at the Los Angeles Auto Show. The new Forester combines a bolder profile than before while offering a roomier interior with virtually the same footprint as the previous model.

The all-new five-passenger 2014 Forester preserves the optimal blend of SUV capability and car-like ride and handling that have made the Forester one of the Subaru brand's best-selling models for the past 15 years. Refined (or New) suspension system delivers agile handling and a highly compliant ride quality. Generous 8.7 inches of ground clearance enhances off-pavement driving capability. 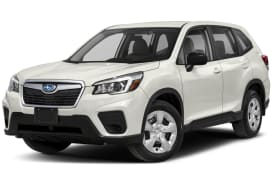 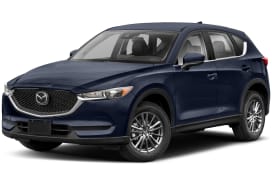 $1,145 - $1,716 Nat'l avg. savings off MSRP
See Local Pricing
I'm not in the market for a vehicle at this time. Please move this suggestion to the side for 30 days.
Huge Savings