After ripping around in the Chevrolet Corvette ZR1 supercar and enjoying every tire-shredding moment, we were worried that the Corvette Grand Sport Coupe, its lesser sibling, would be a letdown. We were very wrong. Chevrolet has made sure its Corvette Grand Sport deliberately lacks the supercharger and bad-boy displacement of its big brothers, but its masterfully-tuned 6.2-liter V8 is nothing to laugh at, boasting 430 horsepower and 424 pound-feet of torque. 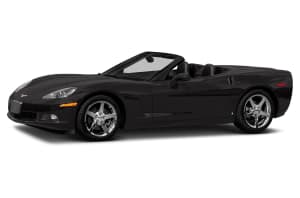