Jeffrey N. Ross
Augusto Farfus isn't even 30 years old yet, but he already has a certain commanding precision on many of the world's greatest racetracks, including Germany's famed Nürburgring. In the latest installment of the "Scare Your Wife At The Track" internet video meme, the BMW DTM driver takes his wife, Liri, for a high-speed tour of the Nürburgring in a BMW M3 Coupe.

When Liri agreed to hop in the passenger seat for a hot lap with her husband, we have a feeling the two had different meanings of "slow" and "exciting" driving. While most of us would have a hard enough time just staying on the challenging track, Farfus tackles the Green Hell while explaining elements of the track and dealing with his wife screaming in fear for most of the nearly 10-minute video. At one point (around the 5:02 mark) it looks as if Mrs. Farfus even starts to pass out a little just before saying that she's going to be sick, but she still handles the ordeal better than the respective wives of Riccardo Patrese and João Barbosa, the reigning queens of the Scare Your Wife meme.

Farfus, who we learn early in the video has a nickname of "Ninho" from his wife, is having fun the entire video commenting on a classic Mercedes-Benz as they blow past it, an Audi driver who Farfus comments "probably thinks he knows the track" as they pass it in a turn and numerous other cars and motorcycles.

Check out the video below to see whether or not Ninho will end up in the dog house for his antics. 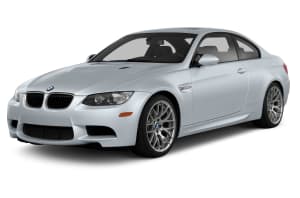