North American purists of the Porsche brand, those who broke into tears and sobbed when a sport utility vehicle and five-door hatchback joined their beloved automaker's lineup, are going to need to suck it up once again – diesel has arrived.

While Europeans have been embracing and enjoying the torque and fuel efficiency of oil-burning Porsches since 2009 ("embracing" is actually an understatement – about 50 percent of Cayenne sales are diesel-powered overseas), the all-new Cayenne Diesel is the automaker's first non-gasoline model in our market.

Porsche flew us up to Alaska, the least densely populated state in the country, to put its latest Cayenne model through the paces amidst the region's spectacular scenery. It was a calculated move, but brilliantly played. Most thirsty SUVs require the driver to check the fuel gauge on a regular basis, but the miserly Cayenne Diesel returns 30-plus miles per gallon on the open road. Instead of staring at a moving needle, our attention turned to the melting glaciers, massive jagged mountains and abundant wildlife – but more importantly, we enjoyed a full day's worth of spirited seat time on less than half a tank.

We have enjoyed a slew of gasoline-powered Cayenne models since the SUV's introduction in 2003. The diversity ranges from the entry-level Cayenne (300-horsepower, 3.6-liter VR6) to the powerful Cayenne Turbo (500-hp 4.8-liter V8). There is even a hybrid gasoline-electric model. Despite their differences and price points, all are performance oriented.

In contrast, the arrival of the Cayenne Diesel, a second-generation E2 chassis fitted with a diesel engine, is a distinct change of direction – it is oriented towards efficiency. The new SUV boasts EPA numbers of 19 mpg city and 29 mpg highway. Not only do those figures cleanly blow away the standard VR6 model's fuel economy (its EPA ratings are 16 city/23 highway), but they knock the Cayenne Hybrid (20 city/24 highway) down to second place on the environmentally friendly green podium.

Under the hood of the Cayenne Diesel is a turbocharged 3.0-liter V6 (the engine should look familiar to Volkswagen and Audi SUV owners, as a variant of the powerplant is currently under the hood of the Touareg TDI and Q7 TDI). The Gen-II engine, unique to Porsche at the moment ( Volkswagen and Audi will get it for 2013), is constructed with a vermicular graphite cast iron block and aluminum alloy cylinder heads for strength, durability and low weight. The powerplant features common rail direct injection and a variable-vane turbocharger for increased output and efficiency, and diesel exhaust fluid (DEF) injection to reduce emissions. With a compression ratio of 16.8: 1 and a maximum engine speed of 4,600 rpm, Porsche quotes 240 horsepower from 3,500-4,000 rpm and 406 pound-feet of torque between 1,750-2,500 rpm.

The V6 is mated to an electronically controlled eight-speed automatic transmission (Porsche calls it Tiptronic S) sending power to all four wheels. The permanent all-wheel-drive system, shared with the Cayenne Hybrid, splits torque 60 percent to the rear and 40 percent to the front under most driving conditions. If one of the wheels loses grip, an automatically self-locking center differential will transmit engine torque to the axle with the most grip. Porsche Traction Management (PTM) will also enable variable distribution of engine power to the rear of the vehicle to enhance turn-in.


With a curb weight of 4,795 pounds, Porsche conservatively estimates it will accelerate to 60 mph in 7.2 seconds.

With a curb weight of 4,795 pounds, Porsche conservatively estimates that the Cayenne Diesel will accelerate to 60 mph in 7.2 seconds, with its top speed of 135 miles per hour reached in sixth gear (seventh and eighth are overdrive ratios). The SUV is rated to tow upwards of 7,700 pounds, when properly equipped, a figure that bests both the Mercedes-Benz M-Class and BMW X5.

The Cayenne Diesel mirrors the standard Cayenne in physical appearance (the only diesel badging is found on each front quarter panel) and it is configured and priced accordingly. The base price is $55,750 (plus a $975 destination charge), slightly higher than the standard model. Full power accessories, partial leather seats and 18-inch alloys are standard, but upgrading with just a few of our test vehicle's options, such as a navigation system ($3,675), air suspension and PASM ($3,980) or 21-inch Sport Edition wheels painted black ($6,505), will quickly drain the piggy bank.

In spite of its unique powerplant, we found that the 3.0-liter turbodiesel drove much like its gasoline counterpart (splendid news for those harboring 80's-era diesel fears).

A twist of the left-mounted key fob initiated the starting sequence. Quick-heating glow plugs (necessary to start compression-induced diesel combustion) heated up to 1,800 F in less than two seconds and the engine fired up immediately. The exhaust note is nearly nonexistent. Rather deliberately, the engineers in Stuttgart have done an admirable job hiding the diesel powerplant's characteristic clatter. Lift the hood and it is evident, but it's almost imperceptible from within the cabin.

Unlike the Euro-spec first-generation Cayenne Diesel we previewed nearly three years ago, fitted with the Gen-I 3.0-liter V6 turbodiesel and a six-speed automatic, the new model moved smartly from a standstill. Credit a lighter curb weight and lower gearing, as turbo lag felt nearly nonexistent. The lower gears moved the SUV briskly around town, and the engine pulled effortlessly. Despite a curb weight 300 pounds heavier than its gasoline-powered V6 sibling, and 60 fewer horses, our seat-of-the-pants impression is that the oil-burning Cayenne Diesel is quicker and more spirited at the lower end of the speedometer (there is no denying the thrust provided by an additional 111 pound-feet of torque).

As speeds increased, the turbodiesel effortlessly held highway velocities up and down Alaska's sloping grades. Diesel powerplants are excellent on the open road, as their engines turn over at lower speeds. And, thanks to the aforementioned torque, they downshift far less frequently than their gasoline counterparts. Passing power was adequate, but it did require the gearbox to drop a few ratios.


For those with Le Mans dreams, Porsche will allow diesel customers to add range-topping performance options.

The engine was muted on the highway, and wind noise permeating the cabin was low. Unfortunately, our test car was optioned with massive Michelin high-performance 295/35-21 summer tires on all four corners. The sticky rubber with its large tread blocks roared on the asphalt, so we'd forgo the big tires on the diesel and stick with the standard package.

In terms of driving dynamics, the Cayenne Diesel will mostly mirror that of the standard gasoline V6 model, though the diesel does carry that aforementioned weight penalty. The steering (variable ratio, speed-sensitive hydraulic) and brakes (six-piston, fixed aluminum monobloc front calipers and four-piston rear calipers over internally vented discs) are the same, as are nearly all of the other goodies. For those with Le Mans dreams, Porsche will allow diesel customers to add range-topping performance options such as Porsche Active Suspension Management (PASM) and Porsche Ceramic Composite Brakes (PCCB).

As mentioned, we put the Cayenne Diesel through its paces in Alaska, spending time on paved highways, dirt roads, gravel paths and wet silt river beds. It cruised serenely at near triple-digit speeds, passed huge trucks with ease and inched its way through plenty of muck. Aside from getting very dirty and peppered with the carcasses of a zillion deceased flying insects, it brushed off everything we threw at it. In fact, with the proper wheels and studded tires, this Porsche would make an excellent all-season arctic sled.

But now there is good reason for the competition to be very worried. A newcomer – the lightest, most fuel efficient and best handling of the group – is attempting to take a big slice out of their pie. While Porsche executives are cautious when discussing sales estimates, they are predicting an initial take-rate of just 10 percent (for the record, Q7 TDI take-rates have exceeded 40 percent since the model's launch).

Based on our positive first drive, we feel the automaker's early sales estimates for its new 2013 Porsche Cayenne likely to prove very conservative. Those new to the segment will recognize Porsche's aggressive pricing. Conquest customers, those already driving competitive brands, will focus on the sporty driving dynamics and economy of the lightweight Cayenne. Of course, Porsche is also betting that more than a few of those brand purists, the vocal owners of beloved air-cooled 914s and 911s, will purchase diesels to tow boats to the lake and race cars to the track. 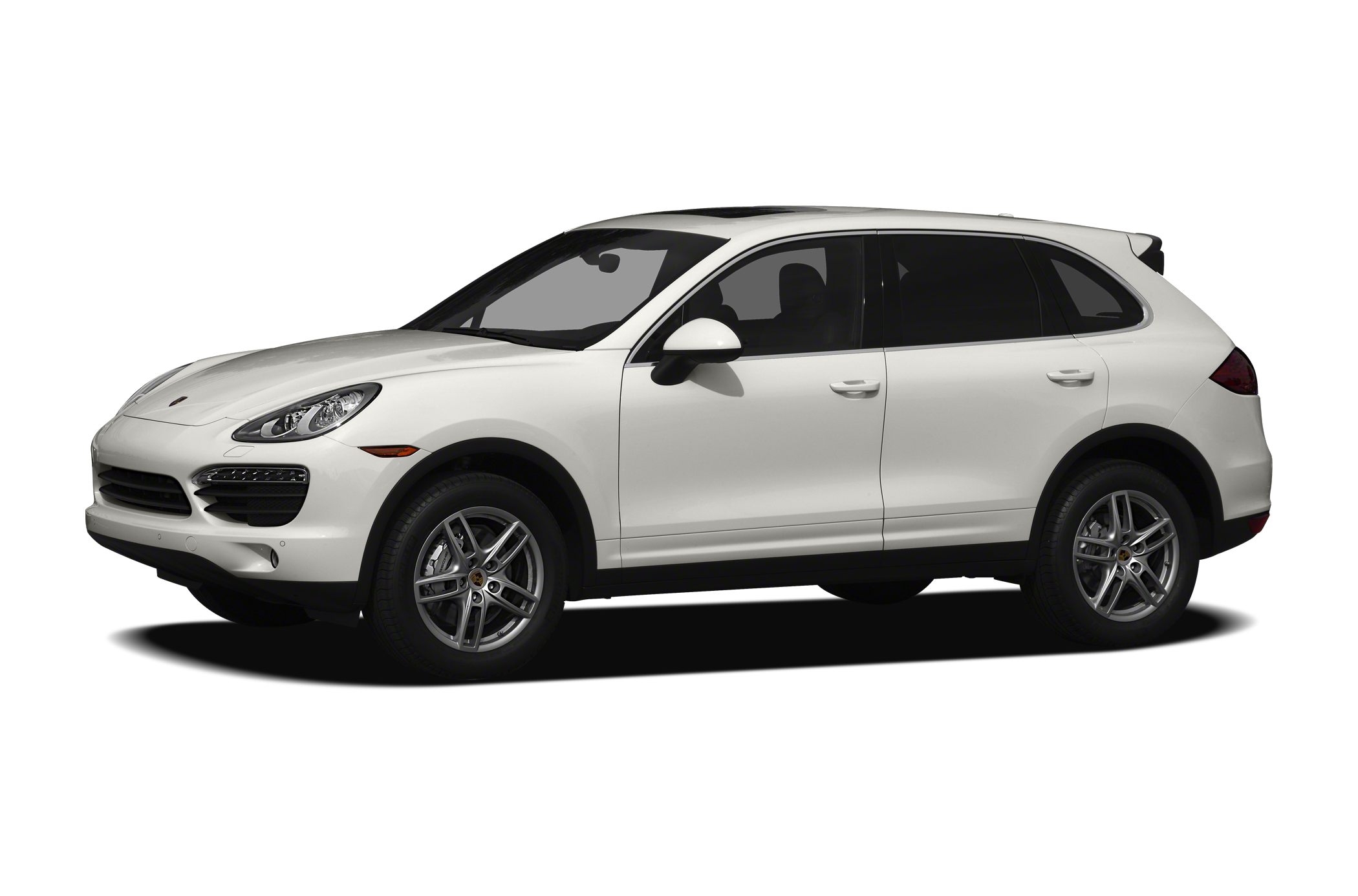