We've barely got to know it, and already the 2013 Cadillac ATS is winning awards from just the kind of arbiters that Cadillac has been trying to win the attentions of. Calling the ATS "perhaps the single most important thing Detroit has built in years" (sorry, Chevrolet Volt), and effusing that the "base ATS is $33,990, but from the right angle, the body creases and brightwork touches make it seem worth ten grand more," Esquire magazine has named the entry-level luxury sport sedan its Car of the Year. It now wears the same tiara that has adorned the Audi A7 for the past year.

On the sidelines, other accolades Esquire handed out were:

Back to the ATS, our own assessment was that the car is perhaps an evolution or a mere engine change away from stealing candy from the BMW 3 Series. For a first real effort in the segment, that's no small achievement. Congratulations, Cadillac. There's a press release below with more info, and you'll find the full article at the link.
Show full PR text
2013 CADILLAC ATS NAMED 'ESQUIRE CAR OF THE YEAR'

- Elon Musk, CEO and Founder of Tesla Motors, Named Esquire's "Innovator of the Year"
- Plus, Six Other Automotive Accolades, Including "Sports Car of the Year"

After months of test-driving, the decision was clear among the editors: The 2013 Cadillac ATS "is perhaps the single most important thing Detroit has built in years," Esquire writes. "For a long time, there was this notion that American cars should be like cars from Europe, Japan, or anywhere with a history of reliability and decent engineering...but every inch of this thing, you get the feeling that the people who designed it gave a damn about Detroit and machines and America."

"It's been heartening to watch the American auto industry re-assert itself over the last couple of years," says David Granger, editor-in-chief of Esquire. "The ATS is an exciting new chapter in that process-a balls to the wall effort at reinvention. It's fantastic."

In addition to the Esquire Car of the Year award, the magazine bestowed a number of additional honors, saluting best new and current vehicle releases:

• Esquire's Innovator of the Year – Elon Musk, CEO and Founder of Tesla Motors: Elon Musk is one of the founding minds behind PayPal. He started SpaceX, which recently sent a rocket to the International Space Station, and he owns Solar City, the nation's largest provider of solar-power systems. But above all, Musk wants to build electric cars. The heartbreakingly beautiful Model S Sedan is a sleek, emotional machine that may well change the way the world views electric cars. It's not great because it's electric. It's simply a great car.

• Esquire's Domestic Car of the Year – 2013 Ford Focus ST: There is nothing subtle here. It's a reminder that cars are gutsy, juvenile things at heart; deep down, the good ones speak to the 16-year-old you. You don't drive something like this by accident, but then that's kind of the point.

• Esquire's SUV of the Year – 2012 Range Rover Evoque: The more affordable, smaller Ranger Rover Evoque gives consumers what they really want – style piece first, off-the-road truck second. Maybe you drive into the dirt, maybe you don't. Either way, you feel like a king.

• Esquire's Sports Car of the Year – 2013 Porsche Boxster: Porsche's greatest talents have always been reserved for the company landmark, the 911. The more affordable Boxster has always lagged a little, but this year the balance shifts. Upgrades to the 2013 model include a new chassis, a nicer interior, gorgeous bodywork, and a suspension that never stops talking to you.

• Esquire's Debuts of the Year – 2013 Scion FR-S and Subaru BRZ: The cars are mechanical twins, the result of an engineering collaboration between Subaru and Scion parent Toyota. They are hundreds of pounds lighter than most new cars, trading massive grunt and weight-adding frippery for insane reflexes. Because you aren't getting much besides speed and entertainment, you don't have to pay much for it. No other sports car with a roof and a backseat offers this much for this little.

• Esquire's Luxury Car of the Year – 2013 BMW 640i Gran Coupe: Yes, it's pretty. Yes, it goes and handles like mad. But the Gran Coupe is more than the sum of its parts: It arcs down the road in a reserved, deft fashion, a unique template for what every luxury sedan should be: jaw-dropping, modern, adult.

• Esquire's Hatchback of the Year – 2012 Volkswagen Golf R: The Golf R is essentially VW's Golf GTI – the hotted-up base Golf – hotted up again. The result is an all-weather weapon with acres of cargo space, a sports car's talent for shredding, and styling that won't make the highway patrol glance past their doughnuts.

For more on the 2012 Esquire Car Awards, please visit http://www.esquire.com/features/cars/car-of-the-year-1012.

Esquire (www.esquire.com), published by Hearst Magazines, is the most-honored monthly magazine in America. Over the past 15 years, it has won a total of 16 National Magazine Awards. Its Web site and e-reader applications have been similarly honored-Esquire won the first-ever National Magazine Award for iPad applications. In addition to its U.S. flagship, Esquire publishes 25 editions around the world. Follow Esquire on Twitter at @Esquiremag. 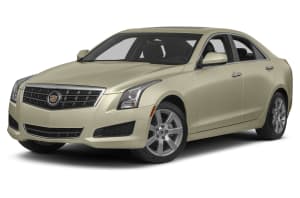