Oh dear. As if the previous two recalls weren't bad enough, the brand new 2013 Ford Escape is under fire yet again for, well, fire. Or at least the potential for it.

According to The Detroit News, 7,600 Escape models – 6,150 of which are in the United States – equipped with the 1.6-liter EcoBoost inline four-cylinder engine are being recalled due to a faulty cup plug in the engine cylinder head. In the event this cup dislodges, coolant could rapidly leak and create what The Detroit News calls a "combustible glycol concentration" that can catch fire near hot engine components. According to Ford, this recall only affects vehicles with manually installed cup plugs and that only approximately 0.4 percent of the recalled Escapes will have faulty parts. The vehicles in question were built between October 5, 2011 and August 31, 2012.

Ford has not received any reports of fires from customers, though one Escape reportedly caught fire at a dealership in Tennessee.

Back in July, Ford recalled the 2013 Escape due to faulty engine compartment fuel lines in vehicles fitted with the 1.6-liter engine, and asked owners to stop driving the vehicles immediately. The Detroit News reports that Ford will not be issuing a similar warning regarding this new recall because the threat of a fire is much smaller. Also in July, 10,000 Escapes were recalled over a brake pedal interference issue.

Neither Ford or the National Highway Traffic Safety Administration has issued an official statement as of this writing.

As leaking engine coolant evaporates on the hot engine, the glycol may ignite causing an engine compartment fire.

Ford will notify owners, and dealers will seal the existing plug and add a secondary plug cover, free of charge. The safety recall is expected to begin on, or about, September 10, 2012. Owners may contact Ford at 1-866-436-7332. 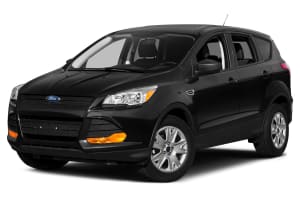