George Kennedy
Ford is celebrating its 350 millionth vehicle. That is an impressive number, spanning back 109 years. The lucky 350 millionth vehicle happens to be a 2013 Ford Focus, which, appropriately enough, is the world's best-selling car for the first six months of this year.

The Focus in question has been built at Ford's Rayong, Thailand plant, the automaker's newest production facility. The Blue Oval invested $450 million into opening the complex in May to produce the Focus, a globally sold vehicle.

In acknowledging its milestone, Ford has released some other fun numbers to sift through. With all of its global production facilities, those 350 million vehicles produced average out to 8,797 units a day – 367 vehicles every hour, or one new car every 10 seconds. See, right there? Ford probably built a new car in the time it took you to read that last sentence or two.

Take a look at the press release below to read all about this impressive milestone for the originator in automobile mass production.
Show full PR text
Focus Marks Milestones as World's Top-Selling Car and Ford's 350 Millionth Vehicle Produced in 109-Year History

Customers around the world are benefiting from One Ford plan, which is creating the industry's freshest lineup with a full family of vehicles offering leading quality, fuel efficiency, safety, smart design and value

Ford is celebrating the production milestone at its newest global manufacturing facility located in Rayong, Thailand, approximately 200 kilometers (120 miles) southeast of Bangkok. Ford Thailand Manufacturing (FTM) plant is a $450 million facility, opened in May to produce the new Focus, which also is built in four other countries. FTM represents the latest in Ford's global manufacturing capabilities, with new stamping presses, flexible body shops and robotic capabilities that enable it to produce up to six different vehicles simultaneously.

"Producing 350 million vehicles is equivalent to producing one vehicle every 10 seconds for our 109-year history. If placed end to end, the vehicles would stretch to the moon and back – twice," said John Fleming, Ford executive vice president of global manufacturing. "Producing this vehicle in Thailand also is significant. It underscores the power of our One Ford plan to deliver profitable growth with great products built in ultra-flexible and efficient facilities everywhere around the world."

In addition to the manufacturing milestone, for the first six months of this year, Focus became the best-selling single car nameplate in the world, based on global data from IHS Automotive.

According to IHS Automotive, the Ford Focus sold 489,616 units in the first half of this year. The nearest competitor, Toyota Corolla, sold 462,187.

"Embracing its performance, value, versatility and fuel economy, the Focus is attracting many new customers to the Ford brand for the very first time, particularly in Asia where we are growing every day," said Jim Farley, Ford's group vice president for global marketing, sales and service. "The Focus is a winner on so many levels because it successfully provides customers with what they want most – a safe, smart, fuel-efficient, good-looking, fun-to-drive, affordable car."

From Henry Ford to One Ford
Since the company was founded in 1903, Ford has led the industry with innovations such as the Model T, which helped foster the world's love for affordable mobility. In its first half century as a company, Ford grew alongside the driving public, producing its 50 millionth vehicle – a 1959 Ford Galaxie – in slightly more than 50 years and generating legions of loyal Ford owners along the way.

In the five decades since, Ford has produced more than 300 million additional vehicles.

"Today, in the spirit of Henry Ford's innovative drive, the One Ford plan is transforming modern-day Ford to compete everywhere in the world with a full family of global vehicles that offer leading quality, fuel efficiency, safety, smart design and value," said Fleming.

As part of the One Ford plan, the company also is executing a One Manufacturing plan for lean, flexible production. It includes standardizing best practices, increasing production in growing markets and accelerating new vehicle introductions on fewer global platforms, which delivers the vehicles consumers want with quality, efficiency and profitability afforded by global scale.

By next year, Ford will build more than 85 percent of vehicle volume off nine core platforms. Also, in the next four years, Ford plans to have the freshest global vehicle lineup – with the entire product portfolio expected to be upgraded at least one time.


Asia Pacific leads the way
Asia Pacific is leading the way for growth as part of Ford's One Ford plan to serve customers in all markets.

With $6.7 billion invested in the region since 2006, Ford is investing heavily and expanding aggressively to meet the needs of consumers here, who are expected to generate 60 percent of the industry's future growth through 2020. Ford's key investments and growth initiatives in Asia 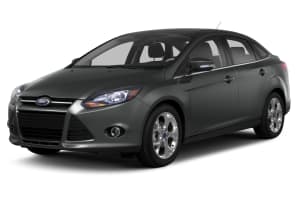