George Kennedy
How often do you leave a comment on a post, "It would be cool if that car had (insert Part X)." It's always fun to think "what if?" Well, Nissan has taken advantage of the creative minds of enthusiasts everywhere by crowdsourcing the build of a custom 370Z. Nothing was off limits for modification. The engine, wheels, tires, interior, and exterior were all subject to vote. Nissan even asked you what suspension to use.

The build is finally complete and Nissan is ready to show off the fruits of your choices. In stage one, Steven Lam and his team of fellow mechanics removed the front clip and hoses in order to pull the engine. Once out, the 3.7-liter six was fitted with a Greddy twin turbo kit that Lam estimates will push output over 500 horsepower. To complement the twin snails, fans chose a Greddy Ti-C catback system for more freely flowing exhaust.

Next up was the suspension, which was left to a vote by Autoblog readers (you're just gonna have to click on the first video below to see which one was selected), followed by a Stoptech big brake kit.

In stage two, the car was dyno'd, the fuel/air mix tweaked, and the aesthetics were addressed. Click on the second video to see their progress, and the final video for the eventual reveal of the crowd-customized 370Z. 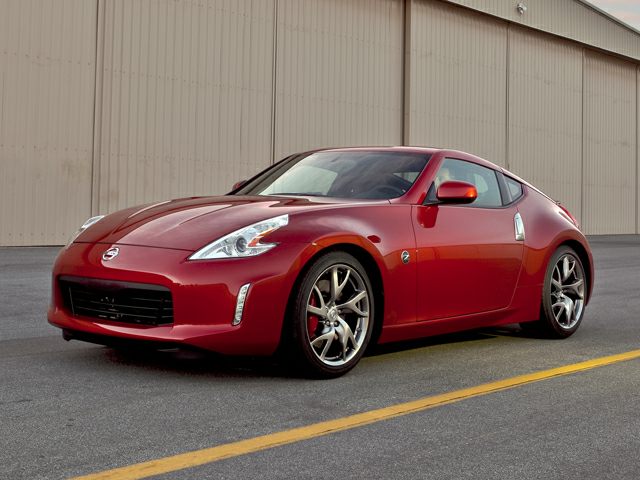