We admit it: It's easy to dig the Mercedes-Benz GLK. Like many of our preferred Jeep models, the GLK presents itself as a true small, rugged all-rounder that you can use just about any way you need. Yes, the rectilinear design is polarizing, but for us, the poles seem to line up more often than not. And, granted, any sort of utility vehicle that presents itself all in white or off-white – inside and out in this tester's case – with 19-inch Pirellis is going to face a ribbing by manly men. Tooth-whitening brightness and fancy shoes aside, anything that aspires to emulate – even peripherally – the rep of the legendary G-Class is welcome anytime in our driveway.

A gnarly strong off-roader? With only a 3.27: 1 rear axle available and two overdrive gears, not truly, no. But get the new Offroad Engineering Package on the 4Matic chassis and the GLK thumps along with its 4.38:1 first and 2.86:1 second gears almost as well as a Jeep Grand Cherokee Laredo X 4x4. (We picked that one because the Jeep's base price is right near that of the GLK 350 4Matic and power is roughly the same.) Trouble is that this more rugged GLK package will not be made available in North America any time soon, so the optional $2,000 4Matic all-wheel drive system – with those same ratios – will have to continue to be enough for us.

That's a shame, because our offroad activities in this updated GLK – admittedly executed in a wonderfully torque-filled GLK 350 CDI on 17-inch Bridgestones with the offroad setup prepped specifically for this event – was solid stuff. It seems U.S. dirt country roads with occasional washboarding is realistically the meanest situation envisioned for Yankee GLKs, so U.S. owners are unlikely to know just how capable their vehicle's chassis can be when properly outfitted.

A chief goal in this rather ambitious midlife updo has been to soften slightly the GLK's exterior look.

The French Alps and their winding and elevation-changing roads will test any person or machine pretty well, however. We focused on the latest GLK 350 4Matic and its enhanced-efficiency 3.5-liter V6, now good for 302 horsepower at 6,500 rpm and 273 pound-feet of torque from 3,500 rpm up to 5,250 revs. Our 100-mile-plus on-road test route showed us pretty much all there was to see in this refreshed X204 GLK with its more forceful powerplant. The AMG Sports package with 19-inch Pirelli P Zero tires and sport suspension setup could have done better with 18-inchers, but all-in-all, our foray was a very positive one. As you'd expect, 20-inch wheels show up on the options list, but for ride quality's sake, smaller is better. Regardless of what size hoops you fit, brakes are 13-inch discs up front and 11.8-inch units out back.

A chief goal in this rather ambitious midlife updo has been to soften slightly the GLK's exterior look and feel without losing its association with the ultra-boxy G-Class. We think they've succeeded, particularly up front, where new headlamps bookend a revamped grille and new lower fascia. While doing this, the interior has been switched out in favor of a more premium atmosphere. As before, Mercedes continues the wise move of offering its GLK as either rear-wheel-drive or 4Matic, and the only transmission remains the 7G Tronic Plus seven-speed automatic, the latter being shifted on our AMG-trimmed model with paddles on the three-spoke steering wheel. When not using the paddles, the standard gearshift lever has migrated from the floor to the steering column, and the new round air vents inspired by the SLS AMG gullwing have shown up here as well.

We figure sales are sure to grow thanks to the 2013 model's attractive redo, plus the already-announced inclusion of a diesel.

At least in the very Euro-thrash context for our test drive, the command seating position of the GLK is more than enough to feel safe and secure. In North America, the GLK is a decidedly smaller CUV, though, but Mercedes-Benz has big plans for us and its smallest ute. U.S. sales of the GLK were up healthily to almost 25,000 units in 2011, and we figure that number is sure to grow thanks to the 2013 model's attractive exterior and interior redo, plus the already-announced inclusion of a GLK 250 BlueTEC 4Matic turbodiesel. Due in the U.S. by early 2013, this four-cylinder offers 201 hp from its 2.1 liters in the rest of the world, but it will make do with 195 hp in the U.S. and Canada due to different homologation and emissions measures. More importantly, it will still get the 369 lb-ft of torque between 1,600 and 1,800 rpm.

Our fully tricked-out GLK 350 4Matic – and all new GLKs – offer a front track that is 1.2 inches wider, a rear track 2.1 inches wider, and exterior height that drops nearly an inch versus the existing GLK. All of which makes the GLK a better driver than before, possessing a better basic stance. With the latest version of Benz's electro-mechanical steering and a tighter steering ratio to go with its 2.6 turns lock-to-lock, maneuverability has been improved all around.

The GLK 350's V6 rates at a frankly unimpressive 16 miles per gallon city and 22 mpg highway.

In motion, the standard Steer Control software included with the Direct Steer system can sense when you may need a different steering angle to handle understeer, oversteer, or moments of compromised stability. Yes, it senses and suggests by sort of gently nudging the steering a certain way only when really needed. If we're being honest, it's another feature we need to get used to, because we are still in the habit of switching off all of these active "safety" features before setting off. For the moment, at least, it strikes us as one more unsatisfying step toward a Utopian vision of driverless cars.

Of the seven global engine/output variants on sale once this refreshed GLK appears in dealers starting in July in Europe and in September in North America, six are CDI diesels. They are all vastly more efficient than our GLK 350's V6, which still rates, despite the added oomph, at a frankly unimpressive 16 miles per gallon city and 22 mpg highway. This, despite the inclusion of start/stop technology. By contrast, the worthy 250 CDI BlueTEC we tested managed to average a verifiable 44.4 mpg for us over a very mountainous loop when driven quite sensibly.

The interior for the new GLK takes on a bunch more life, fewer buttons and a wider set of comfort and technology options. As for the latter, pretty much everything you can hotwire into your typical E- and S-Class sedan is now available for your GLK-class, including things like Lane Keep and Blind Spot Assist and a Dolby Digital surround-sound audio system. As to the touchpoints, the materials are finer all around, and we like the all-new dash's design. We also appreciate the simpler physical interface at the center console and the sleeker look on the whole. We also really like the slightly more truck-like angle of the steering wheel, which helps greatly with comfort on long trips. Speaking of long trips, when filling up the cargo hold for big journyes, drivers will find 15.9 cubic feet expandable up to 54.8 cubes. For all this, look for the starter GLK 350 to hit the wallet at around $37,000 and the 250 BlueTEC to do so at $43,000 or so.

In the end, a true short-body G-Class the GLK will never be. But this is a big improvement in several simple ways over the outgoing original. With the premium compact utility market so clogged with worthy comers, though, we have to wish Mercedes luck in making much of a further dent therein. The inclusion of a diesel engine option shortly is a brave step in helping set the GLK apart, but only time will tell if it's enough to keep models like the Audi Q5, BMW X3 and Volvo XC60 at bay. 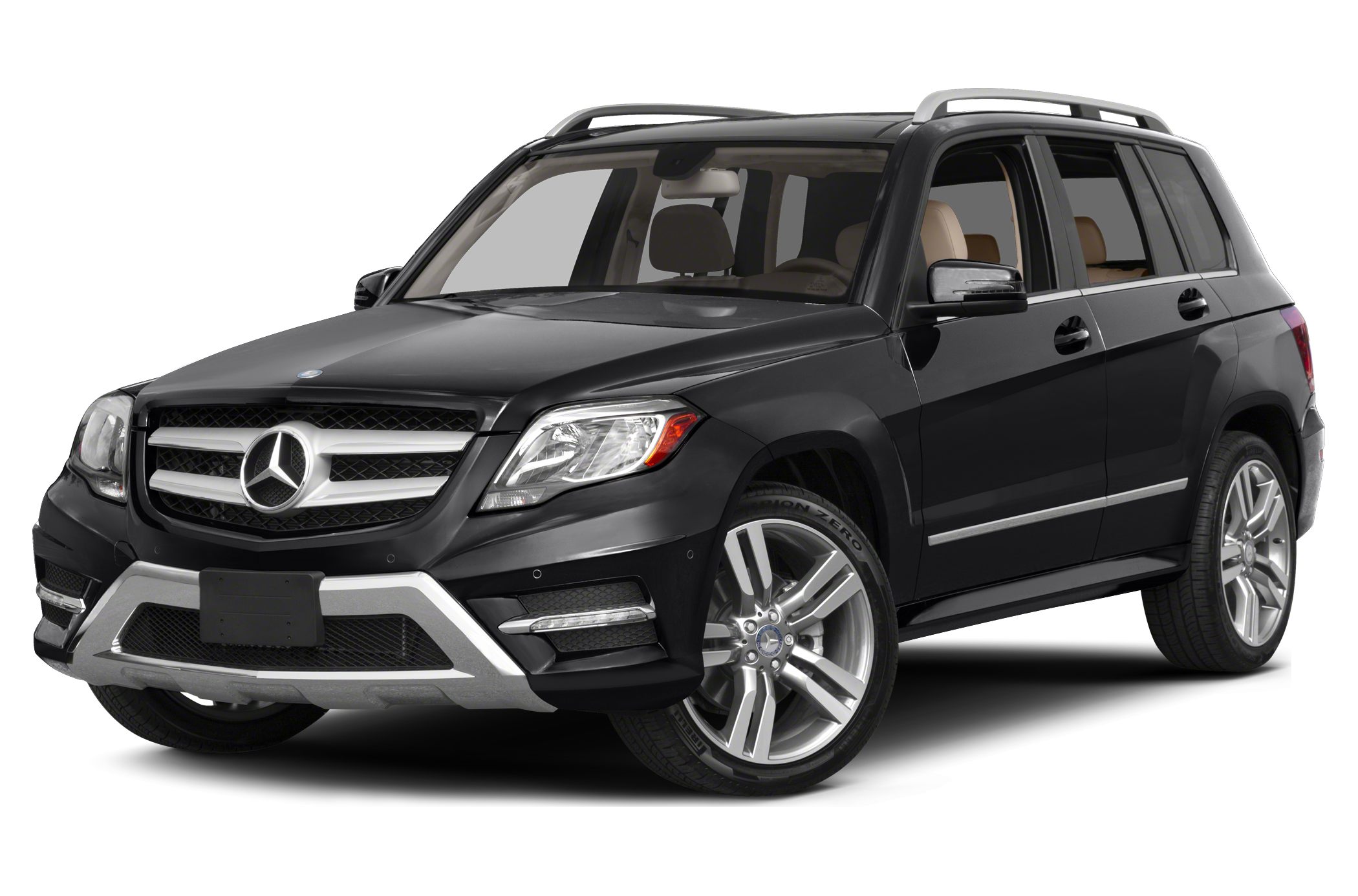