Jeff Sabatini
If you are still stuck driving a prematurely rusty 2004 Ford Freestar or Mercury Monterey minivan, you have our deepest sympathies. But for all your suffering, you might still gain some small measure of satisfaction from Ford.

Remember the investigation launched by the National Highway Traffic Safety Administration last year? Well, the good news is that NHTSA has upgraded the issue to a full-fledged engineering analysis, according to The Detroit News. Specifically, the Feds are trying to figure out whether there's any difference between the 2004 models, vehicles that have engendered 22 reports concerning rust in the rear wheel wells, and 2005-2007 models, for which there are no registered complaints. (A 2006 model is pictured above.)

More than 82,000 vehicles are potentially affected by the rust problems, according to the report, with symptoms including difficulty latching the rear seats and anchor plates that have detached from the vehicle. 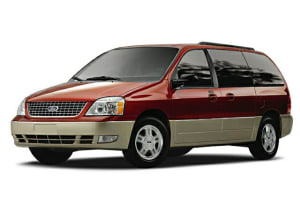